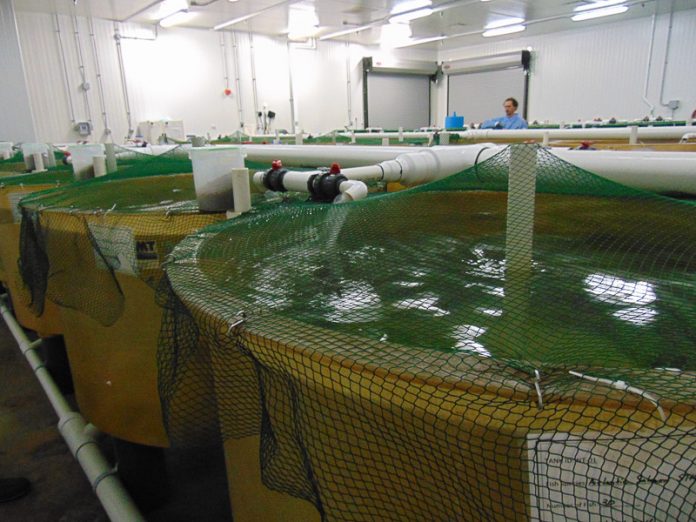 The fishery has always been important in the life of the eastern P.E.I. town of Souris, but the town may also soon become known as a world-class fish health and nutrition centre.

The Centre for Aquatic Technologies Canada set up shop back in 2012 in a 21,000 square foot facility (that was once home to a fish plant) in the town’s industrial park. The centre held a holiday open house just prior to Christmas, in part to celebrate the fact it received certification for a level three containment laboratory from the Canadian Food Inspection Agency just a few weeks in advance. Dr. Debbie Plouffe, who is the company’s vice president of research, explains this makes the Island facility the only privately-owned research facility with a level three containment laboratory in the world.

The centre, a wholly-owned subsidiary of the San Diego-based Centre for Aquatic Technologies, has undergone significant growth since opening its doors a little less than five years ago. The original staff of six has now grown to 21, including 17 scientists and researchers. Plouffe says there are plans to hire 10 more employees this year.
Sean LeBlanc, the aquatic facilities manager, says the facility is now working mostly with finfish, including salmon, but it’s are planning to eventually work with shellfish as well. Andre Dumas, director of research and development in fish nutrition, says all of the work is done on a contract basis for clients from around the world.

LeBlanc says the centre only sources fish from certified facilities and it keeps the fish in quarantine for a period of two to three weeks before they’re brought into the facility. While the facility isn’t operational around the clock, he says the oxygen levels and the temperatures are monitored continuously and “there’s always somebody on call 24/7 if there’s a problem.”

The centre does have a back-up generator, which was a lifesaver during a prolonged power outage in December lasting more than a week.

As he leads a tour through the facility, Dumas says the centre is able to handle both cold and warm water aquatic species. He says their clients include companies in Spain, Norway, the United States and the United Kingdom, and focuses on such areas as fish health, nutrition and genomics. Currently the centre is working with salmon and tilapia, a warm water species that can triple its weight in just three weeks.