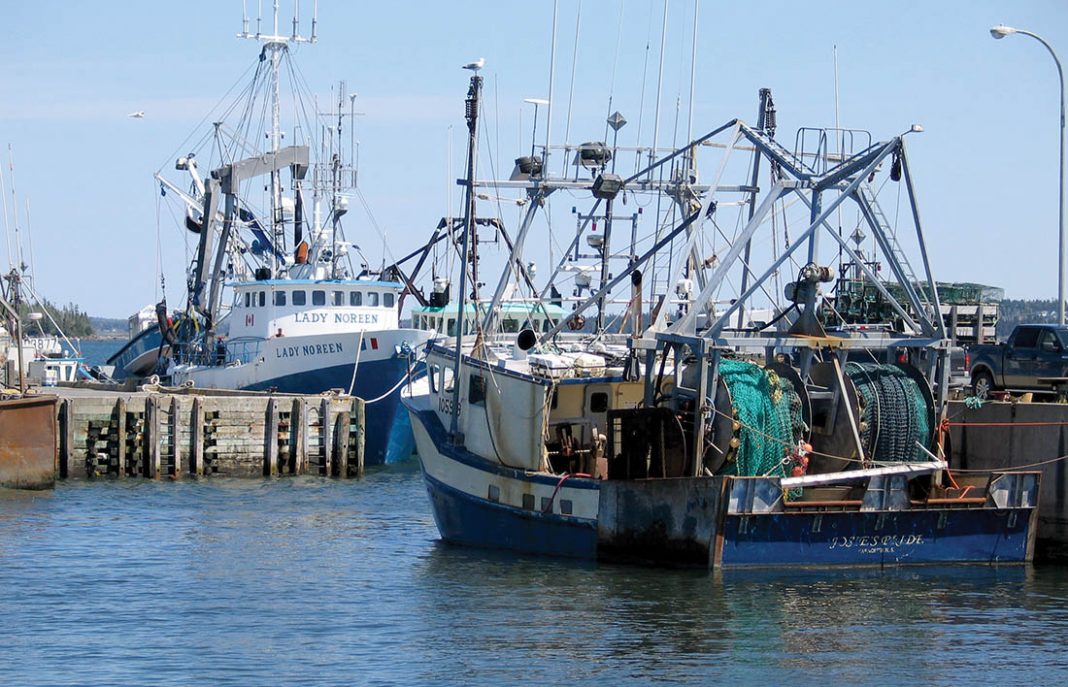 While news of $469.4 million in financial aid to help the harvesting sector is being welcomed, the timing of the announcement and the contents of the benefit package left a little to be desired, say industry representatives.

“It is unfortunate that for LFAs (lobster fishing areas) that opened in the spring, that the announcement was made the day that over 2,500 vessels hit the water,” said Ruth Inniss of the Maritime Fishermen’s Union (MFU).

“This negated the opportunity for harvesters to decide whether or not they would fish the season. I had one harvester tell me he felt forced to fish this year because there was no financial aid announced in time to make responsible business decisions.”

Ian MacPherson, executive director of the P.E.I. Fishermen’s Association, said one program “that was requested but not made available was a program that would provide an option for fishers not to fish due to health or market-related conditions before the season start. Having this as an available option could have created a positive impact for those boats that would be fishing.”

Innis said everyone in the spring seasons was expecting a very small market and very low prices. “These realities are hitting the wharves and fishing communities now,” she said. “We also need to know sooner rather that later how these programs will be rolled out. When and where to apply and the waiting times for the benefits to hit the ground — where they are needed immediately.”

MacPherson said the announced programs did cover a number of areas that PEIFA and other fishing organizations were seeking.

“There have also been revisions to the CEWS (Canada Emergency Wage Subsidy) and CEBA (Canada Emergency Business Account) program that should make these programs more accessible to fishers. In addition, a grant program and CEWS equivalent program were announced several weeks ago to address a number of harvesters not being able to access CEWS and CEBA.”

Under the $267.6-million Fish Harvesters Benefit Program, self-employed fish harvesters and crew members who work on shares, and who experience a 25 per cent drop in income, can recoup 75 per cent of losses up to $10,000. The program is meant to address the issue of many fleets not qualifying for the CEWS program as their crews are paid through their buyers.

Changes are also being made to employment insurance (EI) that would allow self-employed fish harvesters and sharepersons to access EI benefits on the basis of insurable earnings from previous seasons (winter and summer claims).

MacPherson said given the significant challenges of the current spring lobster season, it’s difficult to determine how many fishers will be able to benefit from the programs, and if the programs are sufficient in monetary support.

The two-week delay in the season opening for P.E.I. fishers created a major cash flow challenge this year as most crew and start-up costs were in place for an earlier season start, said MacPherson.

“The challenge right now is that no program details have been received on the new programs that were announced almost three weeks ago, or timelines on when harvesters will be receiving the proceeds,” he said.

“Minister Jordan has stated there would be short, medium and longer-term support programs but no further details as of yet as the focus is on short-term programs.”

In Southwestern Nova Scotia, where the six-month lobster season ended on May 31, there are likely aspects of the Fish Harvester Benefit that local fishermen can tap into, said Bernie Berry, president of the Coldwater Lobster Association.

“The devil is in the details,” said Berry. “We’re still waiting to hear what the parameters are. There will be some people that will be able to tap into it but I think most of the programs are really structured for the Gulf area and what they are going through.”

Berry said a lot of fishing captains in LFA 33 and 34 “stuck out the spring” so deckhands would have enough hours to qualify for EI, despite the conditions.

Innis said the MFU is pleased the Federal government “has recognized the fishery and that our economic challenges during the COVID crisis are unique. The fishing industry has worked very, very hard to access a program tailored to fit the harvesting sector. We worked, on behalf of our members, with other organizations, to ensure something was forthcoming from the Federal government.”