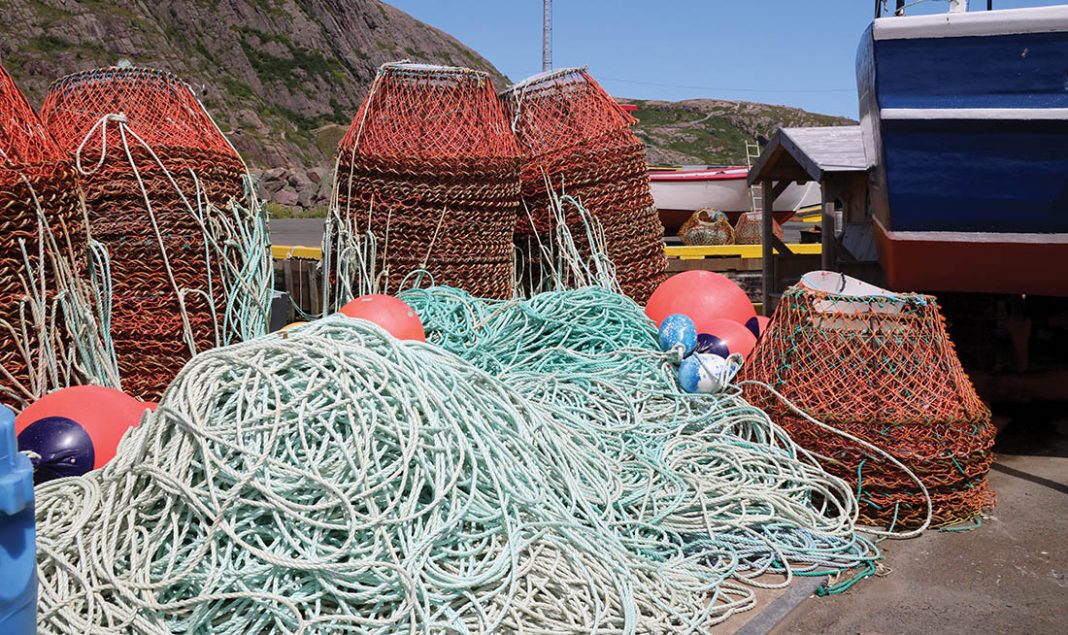 Michael Moore, the Director of the Woods Hole Oceanographic Institution (WHOI) Marine Mammal Center, has spent a large portion of his career taking North Atlantic right whales and other marine mammals apart and figuring out how they died.

“That led me to focus on the two primary causes of mortality and ill health in right whales, namely vessel collision and entanglement in rope and nets — primarily rope,” said Moore. “So, as a veterinarian, obviously the clinical aspects of both of those stressors — the trauma from vessel collisions and also from entanglement — struck myself as being pretty extreme, especially the entanglement. Both of those stressors are extremely devastating for the animal, but at least vessel collisions tend to resolve fairly rapidly… If they were fatally entangled the average time to death was five to six months.”

According to the National Oceanic and Atmospheric Administration (NOAA), there are fewer than 350 living North Atlantic right whales, of which fewer than 100 are breeding-age females. There have been many proposed ideas to reduce these rope-related casualties to save their dwindling population, one of which has collaborated with WHOI: the Sea Mammal Education Learning Technology Society (SMELTS).

Richard Riels, executive director of SMELTS and an engineer by trade, spent some time in his life working to help disentangle and rescue large whales. He came to realize that the best way to save these vulnerable creatures was by finding a way to prevent entanglement altogether.

Putting his engineering background to use in this cause, Riels began creating prototype fishing technologies that would reduce right whale mortalities. In 2017, he went to a conference in Nova Scotia where a right whale panel was held featuring some of the premiere figures in right whale conservation, one of which was Moore.

“I basically just got up and said we thought we had a good idea. We’re a tiny little non-profit and we need help,” said Riels. “The senior scientist, Michael Moore, he came down off the stage and pretty much asked me what we had… The following week I was at WHOI. They analyzed the design and looked it over and they were like, ‘Wow, maybe this will do it.’”

The fishing technology SMELTS produced are submersible rafts meant to replace vertical lines and buoys. They are designed to sit on the ocean floor, where they can be tracked via GPS. Once the traps are ready to be retrieved, a unique acoustic signal can be sent out to activate an inflatable ballast, bringing it to the surface. Besides eliminating the risk of entanglement to right whales, Riels says he’s trying to help harvesters avoid closures in their local fisheries.

“Closures are what save whales, not ropeless technology,” said Riels. “Ropeless technology will allow fishermen to keep fishing if closures continue to grow in the world. So, we wanted to build a tool that they could actually fish and co-exist with whales in a responsible and reliable way.”

While the upfront cost of a fishing raft from SMELTS is more than one would pay for a traditional line and buoy trap, Riels intends for the traps to last for a lifetime. Given the GPS tracking capabilities of the rafts, one would be able to track down any lost or stolen gear relatively easily compared to traditional means. He believes that over time, the investment would pay for itself.

“Farmers will have farm tractors that were made in the ‘50s, the ‘60s, the ‘70s — and they’ll have a brand new combine that was $1.3 million. I’ll be like, ‘well, why don’t you throw away your old tractor?’ and they’ll be like, ‘Well why would I throw away that? That thing is perfect, and it’s been working for me for 60 years. Every day I use it, it prints me money. It doesn’t cost me anything’” said Riels.

“So, we’re trying to build a machine that has a very long life that can survive in the ocean. And that is a very challenging, complex problem. But if you build a good machine that maybe has a high capital cost, and all of a sudden after one or two seasons that piece of technology has been paid for, now that thing is printing money for the rest of its days; where a vertical line and buoy is lost in the ocean, polluting the ocean, adding plastic to the ocean and you’re still spending hundreds of thousands of dollars in plastic line and plastic buoys… We’re trying to build a tractor for fishermen.”

The trap’s acoustic systems were designed in collaboration with JASCO Applied Sciences, a multi-national engineering company based out of Halifax.

JASCO specializes in underwater acoustics. The rafts can be further utilized for recording marine environments with the use of JASCO’s autonomous multichannel acoustic recorder (AMAR). The goal, according to both SMELTS and JASCO, is to turn fish harvesters into “community scientists,” where instead of a small group of people collecting scientific data, the harvesters can be the ones collecting important scientific data.

“The idea is that you can put one of these ropeless devices on the ocean floor, it can provide the ropeless fishing functionality, but it also can collect really useful scientific data,” said John Moloney, the engineering manager and business development manager at JASCO.

“It can record the acoustic information around the raft like the noise of vessels. It can potentially detect whales… And you can gather this information while fishermen are doing their fishing.”

In partnership with JASCO, SMELTS wants its invention to be equipped with scientific study gear in an effort for fish harvesters to become an important part of the scientific community. Riels thinks that this initiative would create a larger data point, by going from a handful of scientific vessels to hundreds or thousands of data-collecting rafts.

“The scientists that normally would go out into the ocean and try to find that stuff are very mission-driven; big ships and very big budgets. Now all of a sudden, a fisherman can become a community scientist and be able to bring back data that is incredibly important to climate scientists, and fisheries scientists and whale scientists,” said Riels.