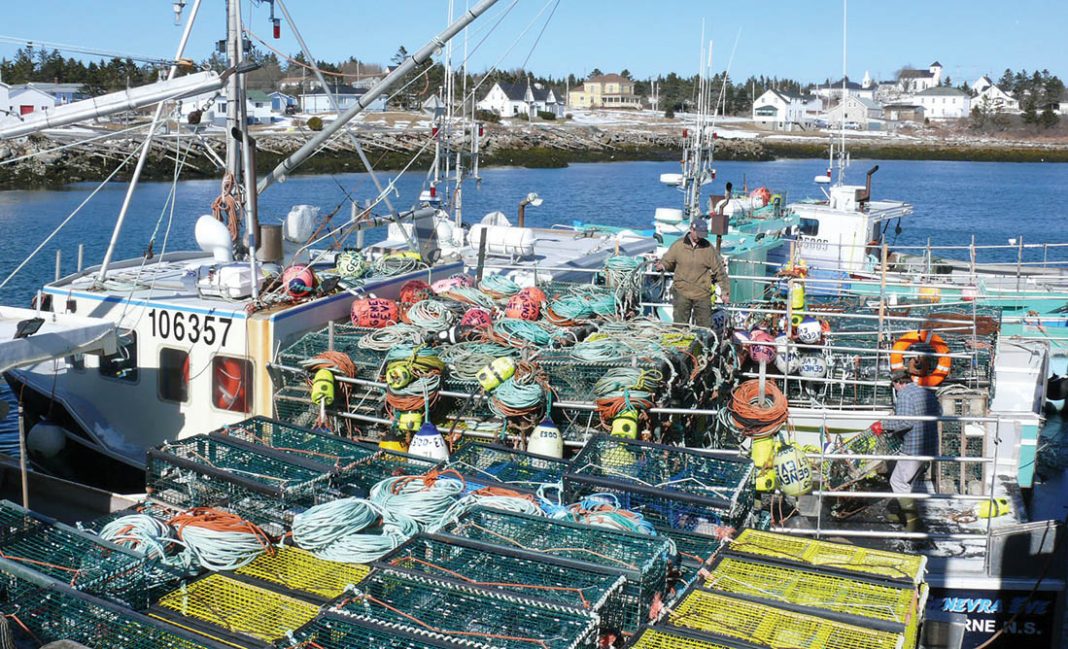 For the majority of people in Southwest Nova Scotia, New Year’s Day was celebrated on January 1 and the party hats and noisemakers have been put away for another year.

As a bit of a quick backgrounder, the January 1 New Year’s Day is based on the Gregorian calendar, named after Pope Gregory XIII, who introduced it in October 1582.

But as you all know, it is not the only date recognized as New Year’s Day. There is another date, one far, far older and steeped in history, that lobster fishermen and processors in this region have circled, that probably get them more excited than January 1. That date this year is January 25 — the Chinese New Year of 2020.

The Chinese New Year festival, which runs until February 8 this year, is a huge celebration, where families celebrate with large feasts, involving a lot of seafood — including tonnes of fresh, Nova Scotia lobster.

And how much seafood are we talking about? According to statistics, domestic Chinese seafood production has grown by 144 times to 64.58 million tonnes in 2018 compared with that of 1949. And yet the country continues to increase seafood imports from regions such as Southwest Nova Scotia in order to meet this growing demand.

It has been well documented that the growing middle class in China, which has access to more and more expendable income, has been pushing this growth in imported seafood, notably high-priced items such as lobster.

According to SeafoodNews.com, expensive seafood is more popular among consumers between 30 to 50 years old with higher educational backgrounds. They spend more money on seafood mainly because the high prices reflect their tastes and growing social status. Not to mention that it tastes really good.

Among all seafood consumed by this growing middle class, salmon, lobster, scallops, oysters, shrimp and sea cucumbers are among the popular ones. And after interviews with consumers about criteria in buying seafood, it found that 46 per cent of them prioritize food safety. Meanwhile, 18 per cent attach great importance to sustainability of seafood. And of course, Canadian seafood ranks high on both these lists.

Speaking of lobster, specifically Canadian lobster, research has shown that about 60 per cent of buyers of this tasty, sought-after crustacean are aged between 26 to 35 years old — with 76 per cent of them being married and about 95 per cent of buyers having acquired a college diploma or higher level of education.

And the seafood demand from this affluent, seafood-hungry demographic shows no signs of slowing.

“Rising demand in China has lured more seafood suppliers to this oriental market. Meanwhile, improvement in its customs clearance has cut costs of doing business in China and newly opened flights to its second-tier and third-tier cities have enabled them to develop new markets more easily,” SeafoodNews.com explained in a recent article.

Apart from greater seafood sales, lobster lovers from China have also helped raise salaries of locals and expand processing capacity. Some Chinese businessmen have built lobster processing plants in Canada and paid wages higher than the average to hire local managerial professionals. And they have found different routes to deliver as many lobsters as possible back to China while ensuring high survival rates. Now it is said to take less than 14 hours to send live lobsters to Beijing from Halifax.

Despite more competitors from China, seafood companies in Canada continue to witness an increase in their seafood sales to the market year over year.