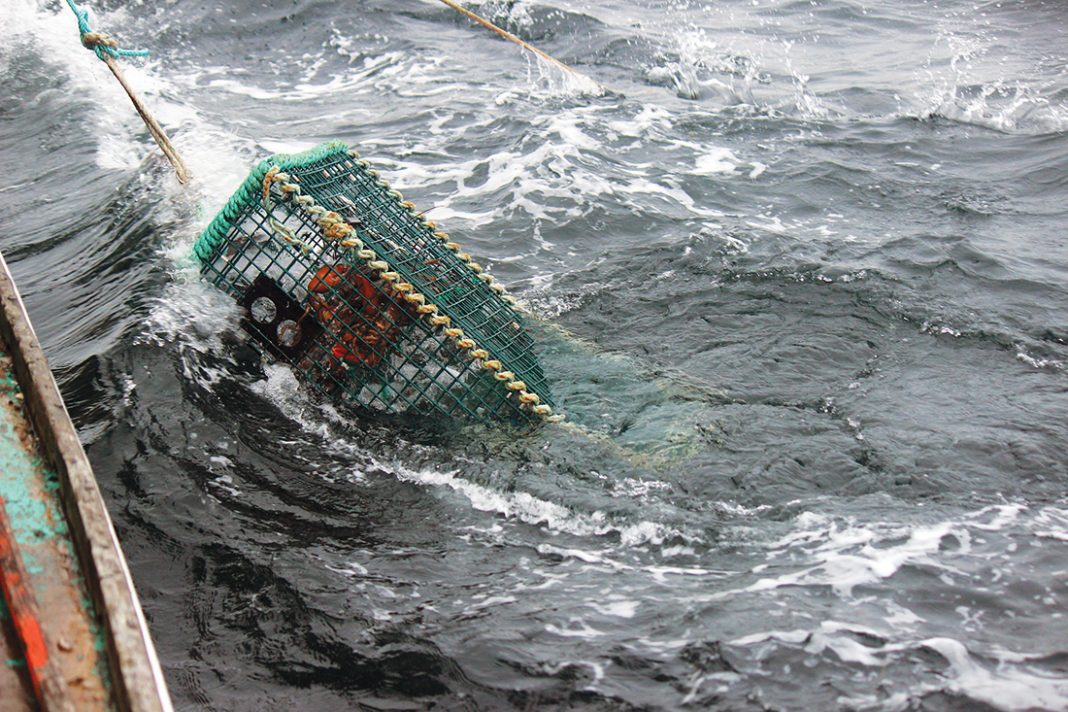 The spring lobster fishery is well underway in southwestern Nova Scotia with fishermen who land part or all of their fishing gear for the winter months busy getting their traps back in the water.

For those who have fished all winter, its been a hard season weather-wise.

“We’ve had nothing but northeast winds here for the last five weeks,” said Lockeport lobster dealer Mike Cotter, of Cotter’s Ocean Products, which in turn has driven the shore price to $13/pound for the later part of March.

Cotter said some boats have been managing to get out once a week at the most, adding “when they are getting out the catches have been pretty good. They’re still averaging a couple pounds to a trap down here (LFA 33) which is big fishing for this time of year for the weather they have been dealing with.”

With the long-range weather forecast looking good and other lobster fishing areas in Atlantic Canada set to open in late April and early May, Cotter said the price will probably drop back down when it warms up.

“Everybody is anticipating it will be $10/pound in early April.” Last year shore prices in LFA 33 and 34 “were phenomenally high,” recalled Cotter, with the season closing at a record $8/pound shore price.

“I think this year it will be an average price,” he said. “The price has been good the whole way this winter.”

Catch-wise, “everybody’s anticipating its going to be a good spring,” said Cotter. “All indications are there’s lobsters out there. They are catching lobsters in some hard, old weather here now. If they can get the weather to fish, that’s what we’re all crossing our fingers for now.”

Cotter said there’s anticipation its also going to be a pretty good season especially in Newfoundland, where the season opens for most LFAs in the province on April 20. “There’s no snow this year so that means no run-off… the bottom line is the water temperature seems pretty good this year so they anticipate catches are going to be fairly decent. They had a big catch last year and are anticipating another strong year.”

Numerous LFAs in P.E.I., Cape Breton and New Brunswick open the first part of May. LFA 35 and 36 also opened on March 31.

Market-wise, Cotter said the demand has been strong all winter, but with the $13/pound shore price, Europe has backed off a little, while China is still taking product but “sitting on the fence. Some days they take product and some days they won’t. When it gets back down to the $10/pound price everybody will be going wide open again.”