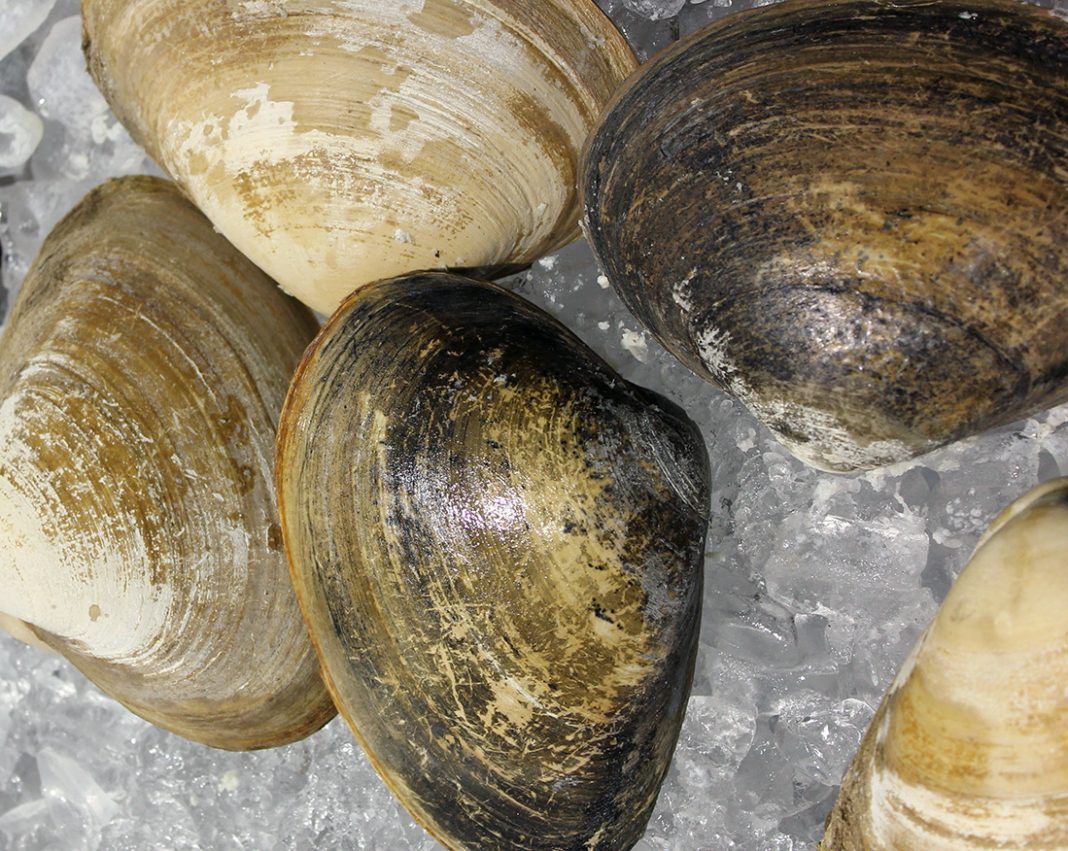 There was much speculation following the Feb. 21 announcement that the newly-created Five Nations Clam Company would be receiving the new, lucrative license for Arctic surf clams form the Department of Fisheries and Oceans.

At the time, it was announced that the Five Nations Clam Company would be comprised of First Nations from Quebec, Nova Scotia, Newfoundland and Labrador, Prince Edward Island and New Brunswick and will partner with Cape Breton-based Premium Seafoods to harvest, process and market the catch. However, the list of First Nations partners was not released.

It was not until March 8 that Chief Aaron Sock of Elsipogtog First Nation in New Brunswick, who represents Five Nations, announced the names of the four other partners: Abegweit First Nation in Prince Edward Island, Potlotek First Nation in Nova Scotia, the Innu First Nation of Nutashkuan in Quebec and the Southern Inuit of NunatuKavut in Labrador.

Fisheries and Aquaculture Minister Keith Colwell led a delegation to the largest seafood show in Europe that included 15 exhibitors in the province’s booth and another five observers that explored export development by visiting the show.

N.S. Aquaculture Regulations to be Updated

The Nova Scotia government said its approach to regulating the aquaculture industry will improve with amendments to the Fisheries and Coastal Resources Act introduced March 9.

“Aquaculture is estimated to have been worth over $100 million to the Nova Scotia economy in 2017,” said Fisheries and Aquaculture Minister Keith Colwell. “As we continue to improve our regulations, we are creating the conditions and clarity that will enable the industry to continue to grow responsibly and sustainably.”

The proposed changes will provide clarity to industry on various operational issues, and streamline some processes now in place. They include: