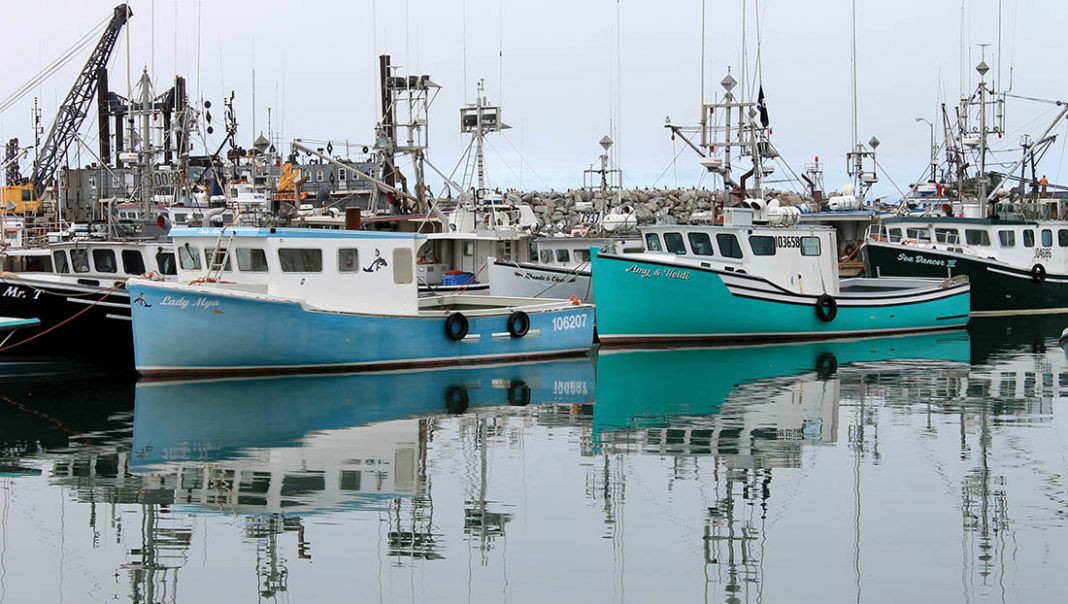 Everybody knows that lobster is the fuel that drives the fishing industry engine in Southwest Nova Scotia.

While groundfish and pelagics are important to the economy as well, without lobster, the fishing industry in this region would only be a shadow of its current self.

But like other industries, should more of an effort be placed on product diversification? Are there other under-utilized species in SW Nova that could be capitalized on? What about additional products from the species already harvested?

For harvesters, the LFA 33-34 lobster fishery is a six-month enterprise. What about the other six months? What other revenue potentials might be laying there in plain sight from species already being harvested?

Presenters at the recent Fish Waste for Profit conference in Reykjavík, Iceland claimed that each year, more than 10 million tonnes of fish goes into landfills around the world.

Conference keynote speaker Hörður Kristinsson, Chief Science and Innovation officer at Matís, noted, while an estimated eight per cent of fish is lost in discards, the genuinely startling figure is the estimated 35 per cent waste rate at the consumer level.

“Food waste is one of the biggest challenges,” he said before commenting that real advances are being made in utilizing by-production, such as the work being done with 3D printing technology to make food products such as a cod castle, made with cod production offcuts.

Iceland appears to have recognized this new, potential market. There are currently more than 60 companies in Iceland working with seafood by-products.

“It’s amazing for a small country,” said Húni Jóhannesson of Arctica Finance, examining the way these companies come into existence and subsequently grow — or not — as well as looking at how successes and failures come about.

He commented that frequently those who are pioneers in utilizing material that would otherwise become waste are seen as “eccentrics working with smelly garbage,” but pointed out that often these are people working with ingenious solutions to complex problems.

“That’s the reality. It’s important that these eccentrics are there to lead the way. We should support and encourage them,” he explained.

Katrín Pétursdóttir of Lýsi has been leading by example for a long time. Lýsi goes back to 1938 and the company has 145 staff — 25 of them working on quality, which highlights the crucial importance placed by the company on quality control and management.

“Everything is used,” she said. “That’s the way we have done this for 20 years. Nothing is wasted. We have full utilization of all our raw material and we extract value from everything.”

There’s also an apparent future in fish leather, according to Gunnsteinn Björnsson of Atlantic Leather, which emerged as an offshoot of a traditional lambskin leather production that found itself short of raw material.

“We started in 1995 and as a business model we were probably far too early,” he said.

Today, Atlantic Leather is one of only a few companies worldwide producing fish skin leather and it hasn’t been an easy process.

He explained that traditional leather production is geared to temperatures that don’t suit fish skin.

“We made a lot of fish soup to start with,” he said. Atlantic Leather managed to surmount the technical challenges — and is still doing so, even in highly demanding markets such as producing fish leather to hugely strict specifications for cars.

“Things are changing,” he said. “Is there a market for this? Definitely. Fish leather is classed as exotic leather, but fish leather will become a normal product.” Atlantic Leather is now being contacted by brands including Burberry, Chanel and Salvatore Ferragamo.

In addition, some producers are no longer prepared to work with leather produced from animals raised solely for their skins. “And they were talking to us right away,” he said. “It’s more sustainable, with no plastic waste and a lot of companies wanting to use less plastic. If there’s a problem, it’s that fish leather is too strong and durable,” he added.

So, if the tiny country of Iceland can make such positive advancements with fish-related by-products its companies already have on hand, what potential windfalls are staring entrepreneurs in the face on this side of the Atlantic?