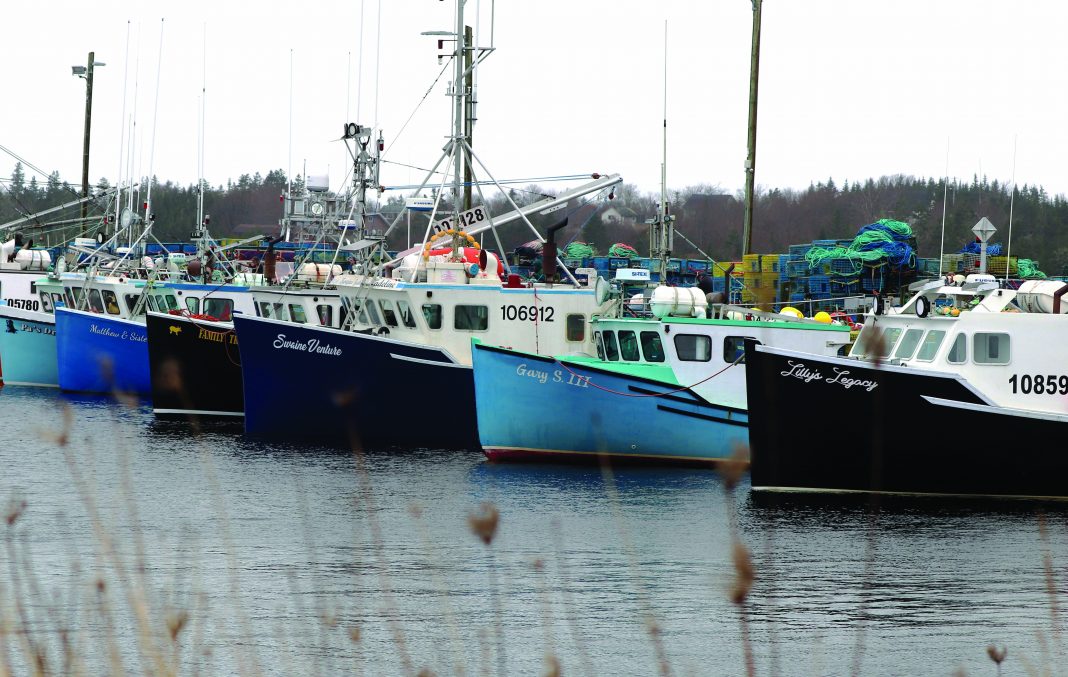 The opening month of the lobster fishery in southwestern Nova Scotia has been a perfect storm of decreased landings, markets and prices and foul weather.

“For members of the Nova Scotia Seafood Alliance, the opening of the LFA 33 and 34 lobster season has been extremely challenging,” says executive director Leo Muise.

“Inflation, diminished markets and mother nature are all contributing factors. Buyers, processors and harvesters are all facing the highest ever operating costs. Therefore, buyers had to establish a buying price point at the wharf that would allow harvesters to operate and pay their bills. However, that price also had to be reflective of a volatile market like never seen before.”

The season opened with a $7/pound shore price increasing to the $8 range just before Christmas where it remained going into 2023.

Muise said in December, and in particular during the holiday season, demand for lobster in traditional markets like the United States, Europe, the Pacific Rim and the Middle East was greatly reduced.

“In some markets by more than 50 per cent,” he said. “To add to the problem, the lobster processing sector in Atlantic Canada and elsewhere, who normally buy more than 10 million pounds of lobster in December, lessened their orders to a fraction of normal as their sector also faces diminished worldwide demand for processed lobster products.”

“All lobster markets generally have been negatively impacted by the economic factors affecting the world at the moment — general inflation but especially food inflation, higher interest rates, ongoing COVID-19 challenges in some markets, the impacts of the Ukraine War and a general return to a more historical price range in protein prices after an irrational run up during the pandemic,” says LCC executive director Geoff Irvine.

“The late fall harvesting seasons in southwest Nova Scotia and New Brunswick have experienced a drop in landings volume anywhere between 10 and 20 per cent, mainly due to poor weather. Holiday demand has been poor in all key markets for different but connected reasons. European demand has been lacklustre due to ongoing food inflation and impacts on energy costs due to the war in Ukraine. China is typically a key market at this time of year and heading into the Chinese New Year at the end of January. With the change in COVID-19 policy in China, the key markets in Shanghai, Beijing and Guangzhou are very slow as people are not going out to try to avoid catching COVID-19. In North America, the market is also generally slow with fewer retail promotions in the U.S. and Canada due to consumers trading down to cheaper seafood proteins due to ongoing inflation, interest rate increases and general caution,” says Irvine.

The frozen lobster market for lobster tails and meat in the U.S. has also been slow with wholesale prices steady for several months, albeit at 35 per cent lower for smaller sizes than 2021 and early 2022, says Irvine.

“Larger tails seem to hold their value due to supply. Since the spring, retailers have pulled back from promoting tails as prices adjusted and foodservice operators also pushed down the prices on lobster meat. This fall, the processing sector did not produce as much as they expected due to a slow start to LFA 34 and lacklustre market demand. Many processors closed early and will wait for next spring. The whole-in-shell markets in Europe and Asia were quite good in the spring with Canadian exporters hoping that their customers will not have hold over inventory when they begin to produce in May.”

Muise said typically in January the industry looks forward to increased demand from China as they prepare for Chinese New Year celebrations.

“Unfortunately, COVID-19 is continuing to have a huge negative impact on China’s economy and their society. There is concern among those marketing lobster in China that if this trend continues into 2023 it could negatively affect New Years celebrations and effectively reduce or eliminate demand for lobster. For the industry going forward the reality is that all players; harvesters, shore buyers, live exporters and processors recognize we are all facing difficult economic times worldwide and we must work together to provide price points that encourage our customers at home and around the world to continue to dine on Nova Scotia lobster,” said Muise.

Going into 2023, Irvine said the LCC has just been approved to be the proponent for two major trade development projects.  “We will lead a trade mission (14 Atlantic Canadian companies) to Taiwan, Vietnam and Thailand in February. Activities will include an Export Café B to B event in each country and marketing activities including menu promotions, chef demonstrations and social media activations. The other project involves developing a digital marketing strategy to promote Atlantic Canadian seafood species in China. The LCC will also continue to focus on helping tell the Canadian story around North Atlantic right whale mitigation measures, communicating and advocating for marketing access issues in our key markets, marketing and promoting Canadian lobster with support from the Atlantic Fisheries Fund, managing the Nova Scotia and New Brunswick client group (with the stakeholder group from Prince Edward Island) for the Marine Stewardship Council eco-certification program and always providing market information for all of our members.”

The season opening in LFA 34 was delayed a week from Nov. 30 until Dec. 5 and in LFA 33, a day, due to weather. High winds and rough seas kept lobster fishermen ashore for many days throughout December.