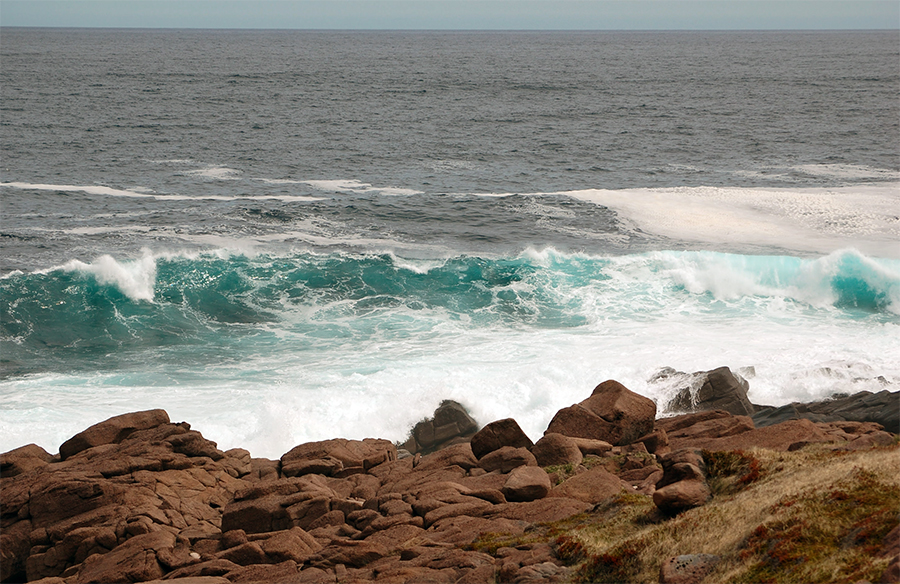 From investing more in science, refining stock rebuilding plans, to capitalizing on opportunities for innovation, Canada’s newest Minister of Fisheries and the Canadian Coast Guard Joyce Murray says she is “really committed to supporting the ocean-based economy in Atlantic Canada because it is so critical to so many communities.”

The Vancouver area Member of Parliament was appointed the federal fisheries minister after last fall’s federal election. In an interview with The Navigator, Minister Murray said one of the first things she did as minister was visit the East Coast.

“It was important to me to hear from a range of people on the East Coast to begin understanding the opportunities,” she said.

“My goal was to meet stakeholders. I had a number of meetings with fishery representatives and Indigenous communities to start building my own understanding of the priorities and importance. My takeaway was the critical importance of the fisheries to Atlantic Canada communities and workers. That’s part of why I went to the East Coast. To understand.”

Murray said there are number of priorities for DFO in 2022.

“One of them is the ongoing investment in Small Craft Harbours. That’s one of the reasons why I was happy to visit Portugal Cove-St. Philips harbour in Newfoundland and speak with the harbour association that oversees the management.”

The $300 million in last year’s budget for Small Craft Harbours for safety upgrades and response to climate change is still being spent, noted the Minister.

“Another priority, because the health and abundance of fisheries depends on a number of factors, one of them is science, it was important to visit the Atlantic Fisheries Centre in Newfoundland and the Bedford Institute of Oceanography in Nova Scotia and see the range and types of science and work being done. Those were interesting visits as well.”

Murray noted that there is an ongoing, increased investment in science to  counteract the cuts made under the previous government, “refilling those buckets of need. When I visited in St. John’s and Halifax, I heard about some of the updating of facilities and additional research that is able to be done because of ongoing funding for science in a way that is needed.”

Climate change is having a real impact on the oceans, from acidification to ocean warming, which in turn is changing habitat conditions and location of stocks, said Murray.

“One of the keys I believe is we need to really focus on our stock rebuilding plan. It’s not enough to fish in a way that we’re aiming to not harm the stocks or aiming to harvest them at a lower level of abundance than they used to be. I think there’s an opportunity to really invest in habitat regeneration and stock rebuilding plans so we can have a vision that we bring back an abundance and diversity of sea life so we can continue to have these opportunities in Atlantic Canada for generations to come.”

The Minister said she has been working on the Blue Economy Strategy, released last year and has since gone through the consultation process. The World Bank defines the blue economy as the sustainable use of ocean resources for economic growth, improved livelihoods and jobs and ocean ecosystem health.

“I think there are a lot of possibilities in a blue economy around tourism, around innovation, around digital solutions for things… that have complex information requirements. There’s a number of ways we can see the blue economy become more innovative and create more jobs, not just counting on the fish stocks for our economy and not just the harvesting, production, adding value to the product, but also in and around the engines of coastal communities around such things as tourism and innovation, so I’m excited about the Blue Economy Strategy and how that can be a way to bring young people into ocean-based jobs,” said Murray.

“I see huge opportunities to grow eco-tourism and fisheries tourism using assets already in place; the boats, the small craft harbours, the talented people that understand the ocean. I think this is an area we can focus more on.”

With several years’ funding still to go in the Atlantic Fisheries Fund, Murray said she continues to be able to “sign off on great projects for fish harvesters and processors, some of which have clear sustainability benefits, efficiency, innovation, so that is a program that I hope to be able to continue but it has a couple years still to go,” she said.

Communications with First Nations in Atlantic Canada on moderate livelihood fishery rights has been an ongoing real priority for the department, she added.

Murray said she appreciated the opportunity to get out and see the importance of the fishery to Canada’s East Coast, adding there is an ongoing need to understand the challenges people face and work with them to support them.