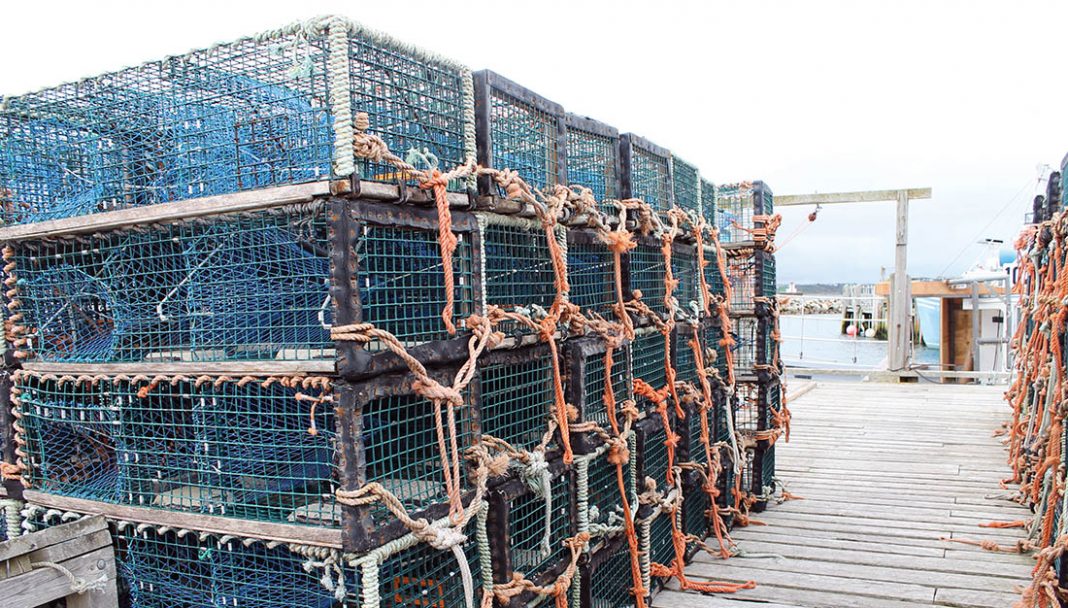 A recent study released by the Standing Senate Committee on Fisheries and Oceans on Indigenous rights-based fisheries, as affirmed in the 1999 Marshall Decision, is being criticized for being biased and unbalanced.

The 54-page report, Peace on the Water: Advancing the Full Implementation of Mi’kmaq, Wolastoqiyik and Peskotomuhkati Rights-Based Fisheries, “does not help reconciliation, it hurts it,” said South Shore St. Margaret’s MP Rick Perkins, who is the Conservative shadow federal Fisheries and Oceans Minister.

“Such a one-sided report provides no useful guidance to create peace on the water. It does the opposite,” said Perkins.

“The report is silent of the views of commercial fishermen, sees no role for them as critical to an equitable path forward for Indigenous and non-Indigenous fishers, ignores the issues of out of season fishing and the adjacency limits of the right outlined by the Supreme Court.”

The Unified Fisheries Conservation Alliance (UFCA) also voiced its grave dissatisfaction and frustration with the study.

“The findings are incredibly biased and do not adequately represent the legal realities of the Marshall Decision,” said Colin Sproul, President of the UFCA. “It appears to have been written without substantial engagement from those closest to the fishing industry and without legal context to the fishery.”

Perkins said he was “very disappointed to see that the Senate committee did not receive testimony from southwestern Nova Scotia lobster fishing groups or individuals for this report, even though they requested to appear. Ignoring these commercial fishing groups as the Senate Committee has done does not advance reconciliation, rather it further divides and isolates Indigenous and non-Indigenous stakeholders.”

Perkins also pointed out the Committee didn’t hear from any constitutional legal experts either.

Perkins said he has concerns with several of the 10 recommendations in the report.

“Recommendation two flies directly in the face of long-standing DFO (Department of Fisheries and Oceans) policies which mandate all transfers of licences and quota to be done under the premise of the willing buyer, willing seller principle. This policy ensures that the department does not expropriate traps or quota from commercial fishers without market compensation.”

Perkins said he also has concerns with recommendation five, “which attempts to supersede DFO mandated fishing seasons” and recommendation seven which states “that the responsibility for negotiating the full implementation of rights-based fisheries be transferred from Fisheries and Oceans Canada to Crown-Indigenous Relations and Northern Affairs Canada. As such, Crown-Indigenous Relations and Northern Affairs Canada would become the lead negotiating department and Fisheries and Oceans Canada would assume an advisory role. The committee further requests that this change be made immediately and no later than one year after the tabling of this report.”

“DFO has the responsibility under the Fisheries Act and under the Marshall Decision to manage the fishery, balancing conservation, sustainable management and the commercial interests of both Indigenous and non-Indigenous fishers,” said Perkins. “Crown-Indigenous Relations has no expertise in managing a resource such as the fishery.”

Perkins said the report “also incorrectly states that the Chrétien Government Marshall Response Initiative was not a program designed to provide First Nations fishing rights after the Supreme Court decision. It’s hard to comprehend why the Chrétien Government would call it the Marshall Response Initiative if it was not a response to the Marshall Decision. Twenty years of taxpayer investment in First Nation communal licences, which are almost entirely leased out to non-Indigenous fishers, is not even recognized by this report.”

The UFCA argued the study fails to recognize the substantial commercial access that has been granted to and held by Indigenous communities since this affirmation.

The UFCA says the Senate report “also inaccurately refers to the moderate livelihood fishery as a priority access fishery. The Supreme Court of Canada has confirmed, rather, that the treaty right is a right to “equitable access” a right to participate in the modern, regulated commercial fishery.”

“If the Senate Committee is serious about understanding this issue, we strongly encourage them to attempt sober second thought; that is to say, unbiased thought that seeks to understand the right, the participation level, mechanisms of participation and the value of a single fisheries management authority for sustainability and conservation. Our goal is to have Indigenous and non-indigenous fishing side by side again, however, advocating expropriation and chaotic change is not a path to “peace on the water.”

As one of two industry associations that presented to the Senate Standing Committee on Fisheries and Oceans in June 2021, the Prince Edward Island Fishermen’s Association (PEIFA) continues to have significant concerns around the lack of meaningful dialogue between government, industry and First Nations, it said in a press release.

“For the past four years, PEIFA, in collaboration with numerous other fishing organizations, has been advocating for a new dialogue model that would involve key stakeholders in the discussion on how rights-based fisheries can be integrated in a respectful, peaceful and inclusive manner. The development of separate fisheries is not the answer.”

PEIFA says of particular concern “is the lack of focus on science-based conservation and a legal moderate livelihood definition which presents a significant issue as the lines between food, social and ceremonial (FSC), commercial communal and fishing for a moderate livelihood continue to be blurred.” PEIFA said it has been advocating on key issues such as resource conservation and how to create a model where both non-Indigenous and Indigenous fisheries are financially viable, and benefits are kept in their coastal communities.

“Elected officials must heed the warning signs that the dialogue dysfunction cannot continue and that harvester groups need to be part of proposed changes that could have significant negative impact on the owner-operator fishery.”

The report is available online at the Standing Senate Committee on Fisheries and Oceans homepage.