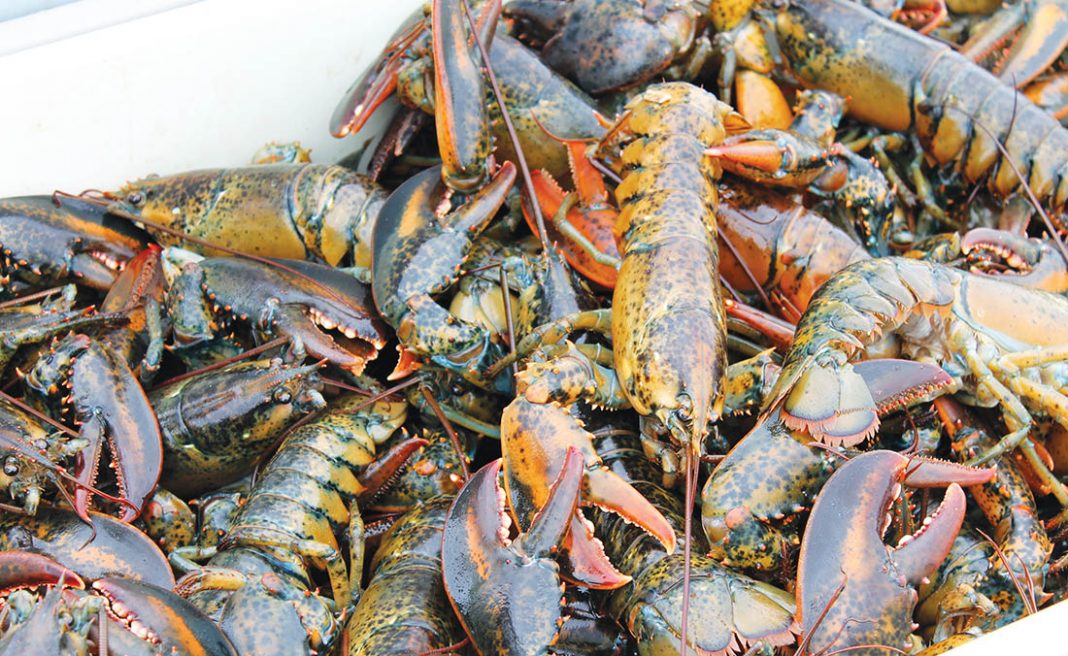 Lobster fishing boats in lobster fishing areas (LFAs) 33 and 34 will soon be back at it in earnest for the final three months of the six-month season that ends on May 31.

Foul weather has played a major factor in the opening months of the fishery.

“We had some of the worst weather in the first two and half weeks of the season than we’ve had in quite a while,” said Bernie Barry, president of the Coldwater Lobster Association.

“A lot of wind and big wind, 40 to 45 knots. The vast majority of the fleet could not get out. Some of the bigger boats were able to beat their way through some of the weather at the start of the season but there were double and even triple sets which normally we don’t see. The weather was exceptionally bad the first couple of weeks.”

As far as landings, all indications are that catches overall are down.

“We think anecdotally after talking with fishermen and some buyers, we think catches might be off nominally by 15 to 20 per cent,” said Barry.

Lockeport buyer Mike Cotter estimates the boats he buys from are down a lot from last year.

“Talking with some of the fishermen, they are saying they think they’re down 5,000 to 10,000 pounds. I can see that. When we started off the season the weather was bad, but the catches were very strong, better than normal but that dropped right off,” said Cotter.

“They haven’t got the fishing days in. We’re seeing it with our workers at the plant. The volume of business that we’re doing is not like a normal year.”

Leo Muise, executive director of the NS Seafood Alliance described the lobster season in LFA 33/34 as “a little patchy so far. The weather early in the season caused harvesters to miss days and when they did get out the catches were high.  Landings have fallen back a bit, as is normal, and anecdotal information points to a slight drop overall with pockets of high catches. Catches in St. Mary’s Bay, however, are down dramatically over recent years,” he said.

With colder water temperatures setting in in late January, some fishermen land their traps until mid to late March, while others tend to their gear once every few days depending on the weather, said Barry.

The price has been one bright spot for LFA 33 and 34 fishermen this season. Opening in the $8/pound range, by the end of January the shore price was $10.50.

“I think we’re probably maxed out on the price for now but how do you know?” said Cotter. “The weather comes in, lobsters can dry up. There’s been years lobsters have been as high as $15 a pound in March.”

The higher shore price “is putting a lot of pressure on the buyers and processors,” said Muise.

“The demand for product remains solid, but at a price and as the landed value increases so does the wholesale and retail price. Dealers are doing what they can to keep margins workable and customers satisfied.”

Muise said the availability of air shipments, particularly to Asia, has improved greatly in recent years.

“The Halifax Stanfield Airport, the shippers and the airlines have been working hard to meet the demand and to increase the availability and timing of flights.  The expansion of the freight handling infrastructure, ongoing now at the airport, will result in additional improvements.”

However, seafood shipments to China from Halifax international hit a snag in late January, with flights into certain Chinese cities cancelled due to the growth of the coronavirus epidemic. The situation, which was developing at press time, triggered a drop in the shore price to the $8/pound range.