Claiming the Milton J. LeBlanc Memorial Tuna Cup at the 16th annual Wedgeport Tuna Tournament and Festival for the heaviest bluefin landed at 684 pounds was the Provider VII, skippered by Camille Jacquard.

Sixteen boats competed in the tournament, with 14 landing one bluefin each. The total weight landed was 7,566 pounds. The Lexi Maria, captained by Stephen d’Entremont caught the heaviest bluefin (666 pounds) on the fishing grounds known as Northern Edge. Saltwater Salvation, captained by Nicholas Amirault landed the most overall weight at 807 pounds.

The South West Nova Tuna Association allocates bluefin tuna quota to the tournament each year. The biggest bluefin landed since the tournament’s revival in 2004 was caught in 2014 by the Atlantic Angler, weighing in at 796 lbs.

Santa Trades in Sleigh for the Wheelhouse 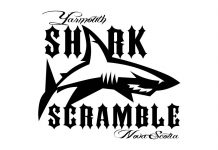 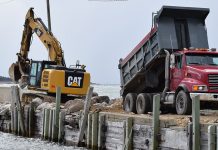 The only newspaper in Atlantic Canada still solely dedicated to covering issues and developments in this important resource sector.
© The Atlantic Fisherman by Navigator Publishing.
Do NOT follow this link or you will be banned from the site!
error: Content is protected !!
MORE STORIES

DFO Being Called on to Resolve Ongoing Lobster Dispute