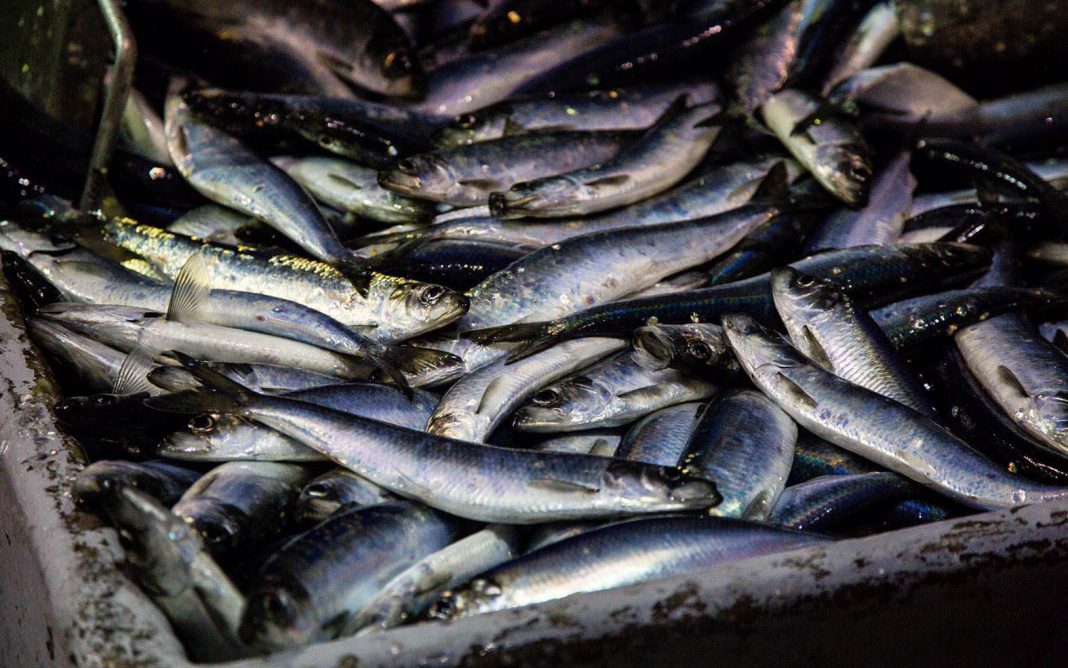 Other Stakeholders Worry That They Don’t Go Far Enough

A 33 per cent decrease in the total allowable catch (TAC) for the Southwest Nova Scotia, Bay of Fundy Atlantic herring is close to what was being recommended by industry, but does not go deep enough to rebuild the stock, say others.

“The Atlantic herring stock in Southwest Nova Scotia and the Bay of Fundy is in critical condition and we must take action to regenerate the stock,” said Joyce Murray, Minister of Fisheries, Oceans and the Canadian Coast Guard when announcing the management plan on June 21.

“I want to thank stakeholders, including the Herring Science Council, for acknowledging that a TAC reduction was required this year. Over the next year, DFO will work closely with harvesters, rights-holders, and scientists as we take measured steps to support the long-term sustainability of this stock,” said Murray.

In early May, the Bay of Fundy Herring Industry, in collaboration with the Herring Science Council, unveiled a plan to sustain and rebuild the herring stocks in the Bay of Fundy, which called for a reduction of the TAC to 25,000 metric tonnes, representing a decrease of 30 per cent from the previous year and 50 per cent over the past five years. The plan also called for increased management measures and scientific support by industry.

“The industry’s plan reflects our commitment to the stock, is based in science and allows us to continue to support our communities,” said Noël Després, president of Comeau Seafoods Ltd., Saulnierville, in a media release.

As part of its ongoing management of the stock over the past decade, the industry has developed a suite of voluntary management measures to support rebuilding. These include closures of major spawning grounds, seasonal and weekend closures and increased protection for juvenile fish. While these measures have been challenging for the viability of the industry, they were developed by industry and continue to have its full support.

Industry stakeholders also said they are also prepared to go further to ensure that the stock is fully rebuilt.

“Our rebuilding efforts are showing signs of success, although it’s going a little slower than what we were anticipating” said Tony Hooper of Connors Brothers, Blacks Harbour, N.B.

“We’ve collectively invested millions of dollars in automation, fish utilization and product quality because we have confidence in this fishery and we’re committed to it.”

Hooper noted that when TAC cuts are made too quickly, they present significant challenges. “Here at Connors we can deal with a certain level of change in the TAC from year to year, but we can’t change our inputs and products overnight. It’s difficult to keep the plant viable if we see drastic cuts in the TAC on short notice.”

In addition to further management measures for stock protection and scientific analysis, the industry plan also calls for a brief pause in the implementation of a modelling process for TAC decisions, called Management Strategy Evaluation (MSE).

Tim Kaiser of Scotia Garden Seafood Inc. is hopeful that the model can be improved.

“We’re optimistic that MSE will be a valuable tool for making sound and informed decisions for the Bay of Fundy herring fishery, but more work needs to be done before it can be implemented. We’re seeing inconsistencies in the model and the best thing we can do now is to take a brief pause, get back to the table and resolve these issues before making long-term decisions for the fishery. The pandemic has created barriers in having the discussions and the level of review that a decision of this importance deserves.”

Sherman D’Eon, of Cape Breeze Seafoods in Port La Tour, N.S. added “we believe that this proposed harvest level will allow the industry to continue to operate and allow a bit more time to evaluate and resolve the numerous uncertainties surrounding this new model and to determine whether continued sustainability and management measures are working.”

The plan received support from others, including the Grand Manan Fishermen’s Association.

“The Bay of Fundy herring is a key supplier of bait for our members and many other lobster, crab and halibut fisheries based in New Brunswick and Nova Scotia. We’re going to see serious disruptions in Grand Manan and elsewhere if the TAC for the Bay of Fundy herring is set lower than 25,000 metric tonnes. I don’t see where our sectors will find the millions of pounds of bait we need on such short notice,” said Melanie Sonnenburg.

The Ecology Action Centre (EAC) meanwhile is welcoming the decision to reduce the TAC for Southwest Nova Scotia-Bay of Fundy herring, but say “the best available science indicates this reduction alone will not be enough to actually recover this population without subsequent and larger reductions in catch for the next number of fishing seasons.”

Every year the stock remains in the critical zone makes it more difficult to rebuild, says the Halifax-based organization.

“We are concerned that DFO is simply repeating management mistakes that we saw with Atlantic mackerel. A hesitancy to act early and make the full reductions in catches advised by science to have the best chance to rebuild the population resulted in a series of small catch reductions that were ineffective. This year, DFO was forced to close the mackerel fishery — the only measure left to try to stem the population decline and a devastating blow to coastal communities. We are disappointed that the outputs from the Management Strategy Evaluation (MSE) process were not adopted. This process, which lasted more than three years, was robust, underwent peer-review, provided ample opportunities for all stakeholders to provide feedback, and is the only assessment we have of the catch reductions required to rebuild this population of herring out of the critical zone. .”

Oceans North is also critical of the TAC that has been set.

“The minister has made a compromise that doesn’t do enough, ” says Katie Schleit, Senior Fisheries Advisor at Oceans North.

“This is only the start of the reduction that is needed. We know that stocks recover the fastest when cuts are made at the first sign of decline—and in this case, the cuts are too small and the decline has been too severe.”

The management strategy evaluation (MSE), a multi-year process that brought together Indigenous groups, industry members, DFO, environmental organizations and external reviewers, came up with eight quota options that would rebuild the stock over a 10-year period., ranging from zero to 14,000 tonnes.

“By not choosing one of the options created through the advisory process, today’s decision makes the path to rebuilding less certain,” Schleit says. “When done properly, an MSE allows us to judge the impact that future decisions will have on the health of the stock and how to balance different priorities. We urge the Minister to follow the evidence next year and make the choices that have the best chance to rebuild our stocks and support healthy fisheries both domestically and transnationally.”

The Southwest Nova Scotia, Bay of Fundy herring stock directly or indirectly employs more than 1,000 people in rural Nova Scotia and New Brunswick, contributing over $140 million to the local economy. Atlantic herring is also an important source of bait for other commercial fisheries, such as lobster and snow crab. In 2021, the landed value of the Southwest Nova Scotia, Bay of Fundy Atlantic herring commercial fishery was $21.4 million.