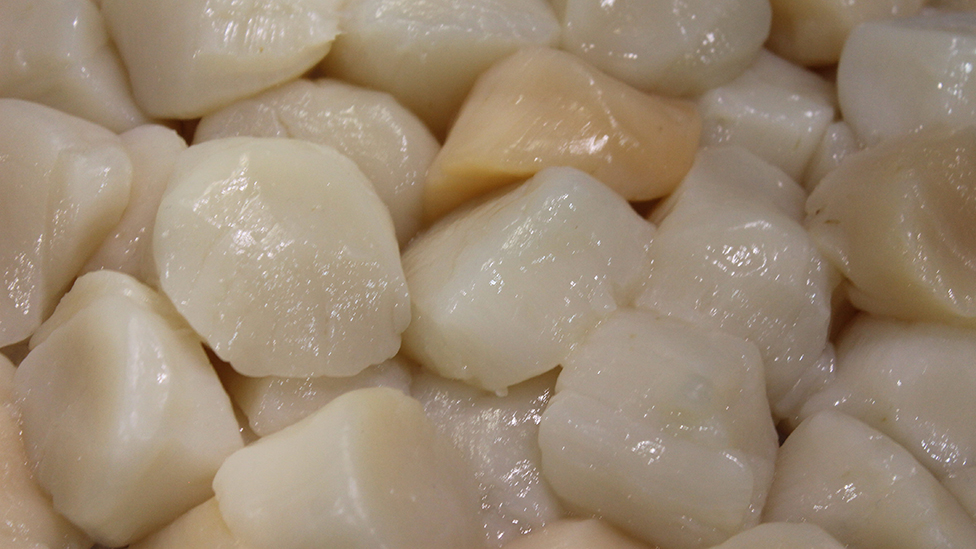 Saulnierville-based Comeau’s Sea Foods Limited recently announced that after a request for proposal was tendered, a contract has been signed with Astilleros Armon shipyard in Vigo, Spain for the construction of a 50-metre frozen-at-sea scallop harvesting and processing vessel.

This vessel will be added to Comeau’s current fishing fleet.

The cutting of steel and setting of the keel is scheduled to begin in the next few months and this will take place at the Astilleros Armon shipyard. Anticipated construction of the vessel is scheduled to last 20 months with expected delivery in the spring of 2020.

The vessel will be named the Lady Comeau III after Thérèse Comeau, the wife of Comeau’s Sea Foods Limited founder, Bernardin Comeau.

The Department of Fisheries and Oceans (DFO) confirmed Sept. 11 that the remaining 25 per cent of the 2018 and 2019 Arctic surf clam Total Allowable Catch (TAC) will be made available to the current licence holder, Clearwater, with a view to identify a new participant for the 2020 fishery.

DFO said this decision will allow for the economic benefits to remain in coastal communities while it continues to work to broaden access to this fishery.

“In order to move forward on implementing enhanced access and promoting reconciliation, we will be launching a new Expression of Interest process to identify an Indigenous entity to hold a fourth license for this fishery in the spring of 2019, so that the participant can begin fishing a new license in 2020. An independent third-party will evaluate the submissions received. Further details on this process will be made available in due course,” DFO said in a press release.

“The decision to introduce Indigenous participation in the Arctic surf clam fishery is consistent with the Government of Canada’s commitment to developing a renewed relationship between Canada and Indigenous peoples. Enhancing access to the Arctic surf clam fishery broadens the distribution of benefits from this public resource and is a powerful step toward reconciliation.”

In a related matter, on Sept. 12, Conflict of Interest and Ethics Commissioner Mario Dion reported that he has found former Fisheries Minister Dominic LeBlanc to be in conflict of interest related to his decision to pursue issuing an Arctic surf clam licence to the Five Nations Clam Company.

I had to determine whether Mr. LeBlanc contravened subsection 6(1) and section 21 of the Act. Subsection 6(1) prohibits public office holders from making a decision that would place them in a conflict of interest. As established in section 4, public office holders are in a conflict of interest when they exercise an official power, duty or function that provides an opportunity to further their private interests or those of their relatives or friends or to improperly further another person’s private interests. Section 21 requires them to recuse themselves from any discussion, decision, debate or vote on any matter in respect of which they would be in a conflict of interest.

As Minister of Fisheries and Oceans, Mr. LeBlanc was exercising an official power, duty or function when he made the decision to pursue the proposal from the Five Nations Clam Company for the Arctic surf clam licence. His decision provided an opportunity to further the private interest of Mr. Thériault, whose compensation by the company depended on it being granted the licence.

As a first cousin of Mr. LeBlanc’s spouse, Mr. Thériault is his relative under subsection 2(3) of the Act, which defines relatives as persons related to the public office holder by birth, marriage, common-law partnership, adoption or affinity. Although I have the discretion to limit the scope of this definition, I found no reason in this case to do so.

I therefore found that Mr. LeBlanc contravened subsection 6(1) and section 21 of the Act.

The community of Terence Bay recently gathered together to celebrate the 115thbirthday of its historic lighthouse.

The community had even more to celebrate this year, as the lighthouse had recently undergone extensive restorations aimed at bringing it back to its original condition.

Built in 1903, the Terence Bay lighthouse is a symbol of coastal community heritage and resilience. In response to the sinking of the S.S. Atlantic off the shores of Terence Bay in 1873, a temporary light was constructed in 1875, which was replaced by the wooden structure that now graces the shores of Sandy Cove. The light has guided generations of fishers and other mariners and still serves that function today. It was designated as a heritage light in 2015.

For the past several years, the community has gathered to celebrate its lighthouse. But this year, residents will get to celebrate a new and improved lighthouse, painstakingly restored to its historic condition.