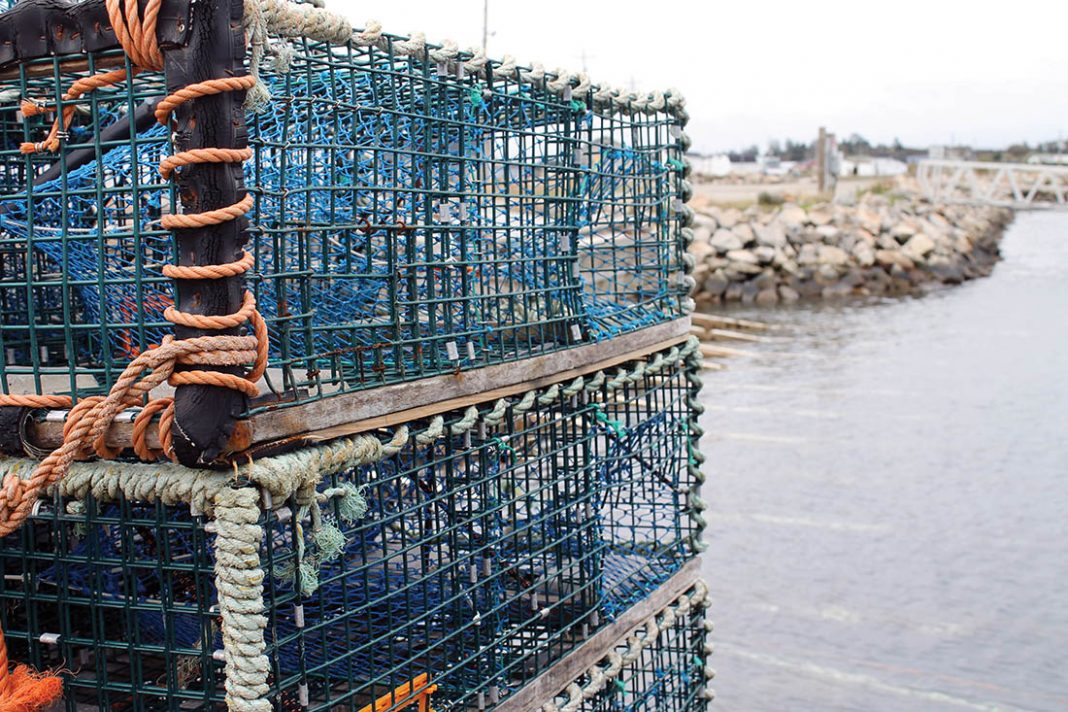 Industry advances were on display at the Ropeless Consortium meeting at the University of Southern Maine in Portland last fall.

Presentations on available ropeless fishing products, prototypes in development, testing results from the past year, as well as discussion of progress overcoming regulatory challenges, fisheries outreach, establishing experimental fisheries and funding opportunities and challenges were on the agenda.

“There have been some advances,” said Colin Sproul, president of the Bay of Fundy Inshore Fishery Association, who serves on the Consortium’s board of directors.

“A couple of companies have come up with a more practical system for rearming the remote releases,” said Sproul.

Sproul said there’s been a lot of work and a lot of research dollars put into remote release technology. “As we push forward with this, we need to develop both these processes at the same time. I don’t want to see us move to a point where we have a fishery closure and we can’t fish anywhere because of the whales. We have the technology for remote release but we can’t use it because no one has figured out how to mitigate the conflict. The point will come where we won’t be able to access those areas for fishing without this technology,” and even then “it’s a limited solution.”

Sproul said how to avoid gear conflicts is something that is being worked on to some extent.

“Essentially what we need to be able to make it work in the future is a live uplink Geotech database so fishermen can see where other fishermen’s gear is… it’s all going to require buy-in from lobster fishermen and the mobile fleet.  It’s not something that any one fisherman or any one segment of the fishery can ever achieve successfully on their own. It’s going to require buy-in from the entire industry.”

Survival of fishermen and coastal communities are paramount to the conservationists and people involved in developing ropeless technology, said Sproul.

“They don’t see it as a way just to save the whales. It’s about saving fishermen… they want us to work with them to try save these whales because we are the true stewards of these species and the oceans and without us there is no bulwark to corporate developments like oil and gas and offshore energy development that also can impact whales. They know in the future we’re their greatest allies,” said Sproul. “We can’t shut them out. We need to work cooperatively with them and that’s why a seat on the board is important to have that fisherman perspective.”

The 2019 Ropeless Consortium was the third such international gathering that brought together government officials, conservationists, fishermen, technology developers along with research and development specialists with interest in ropeless gear development and entanglement issues.

DFO Being Called on to Resolve Ongoing Lobster Dispute

The only newspaper in Atlantic Canada still solely dedicated to covering issues and developments in this important resource sector.
© The Atlantic Fisherman by Navigator Publishing.
Do NOT follow this link or you will be banned from the site!
error: Content is protected !!
MORE STORIES