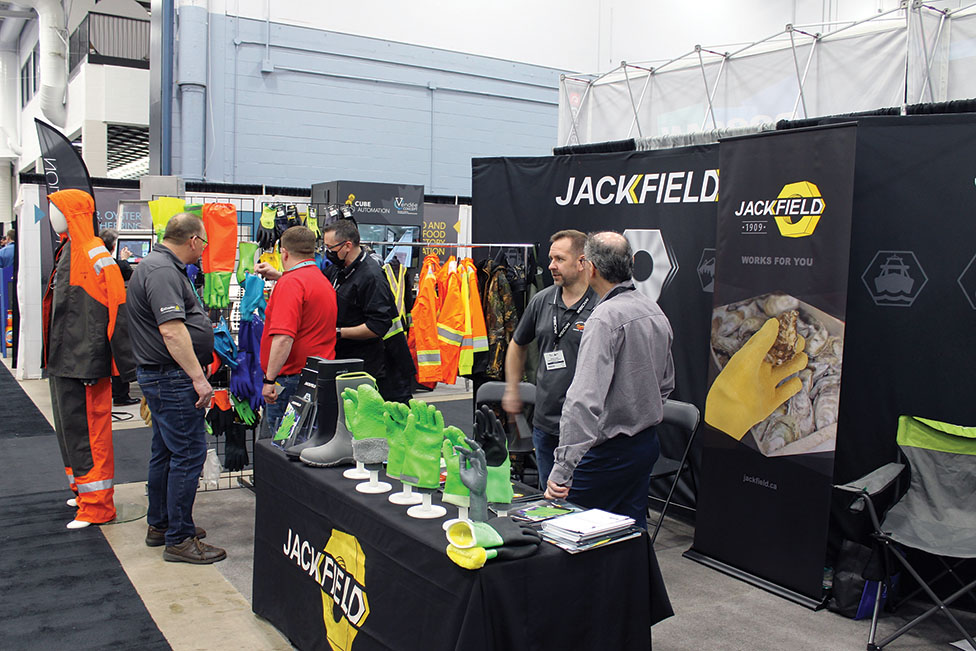 The 20th anniversary of Fish Canada Workboat Canada had a record-breaking turnout on March 25 and 26 at the Moncton Coliseum in Moncton, New Brunswick.

The event, which was the first major trade event to return to New Brunswick since the COVID-19 outbreak, welcomed just over 7,300 industry buyers from across New Brunswick, Prince Edward Island and Nova Scotia. The largest audience in the show’s 20-year history.

The Moncton Coliseum was filled with local and international exhibitors showing the latest technologies and services available to the commercial fisheries, fish processing, aquaculture and other marine sectors.

“We are quite pleased with the success of the show,” said Shawn Murphy, Show Manager. “We had great crowds over the two days of the show and exhibitors reported making many sales and leads to follow up with.”

Plus, visitors had an opportunity to meet Deadliest Catch star Sig Hansen during the show.

The well-known Hansen and his company, Resqunit, were attending Fish Canada Workboat Canada together with Entreprises Shippagan Ltd.

As many fans know, Hansen is the American captain of the fishing vessel FV Northwestern. Since 2005, he has been featured in each season of the documentary television series Deadliest Catch, serving also as technical advisor for the production.

During Fish Canada Workboat Canada, fans of the popular crab fishing show had a chance to greet and meet Hansen, as well as get a photo and an autograph. Several local fishermen could also be heard swapping crab catching stories and tips with the seasoned Northwestern skipper.

If you were unable to make the show, the Fish Canada Workboat Canada Digital Marketplace is now available. Here one can browse company information, photo and video highlights, specials and promotions and more.

Master Promotions said it would like to thank its generous sponsors, including Maritime Marine Supply, Entreprises Shippagan, Genrep Ltd., Wajax, Osborne Propellers and The Navigator Magazine.

The next edition of Fish Canada Workboat Canada will take place in 2024 at the Moncton Coliseum. Stay tuned to www.fcwc.ca or follow the show on Facebook for the most up to date information.