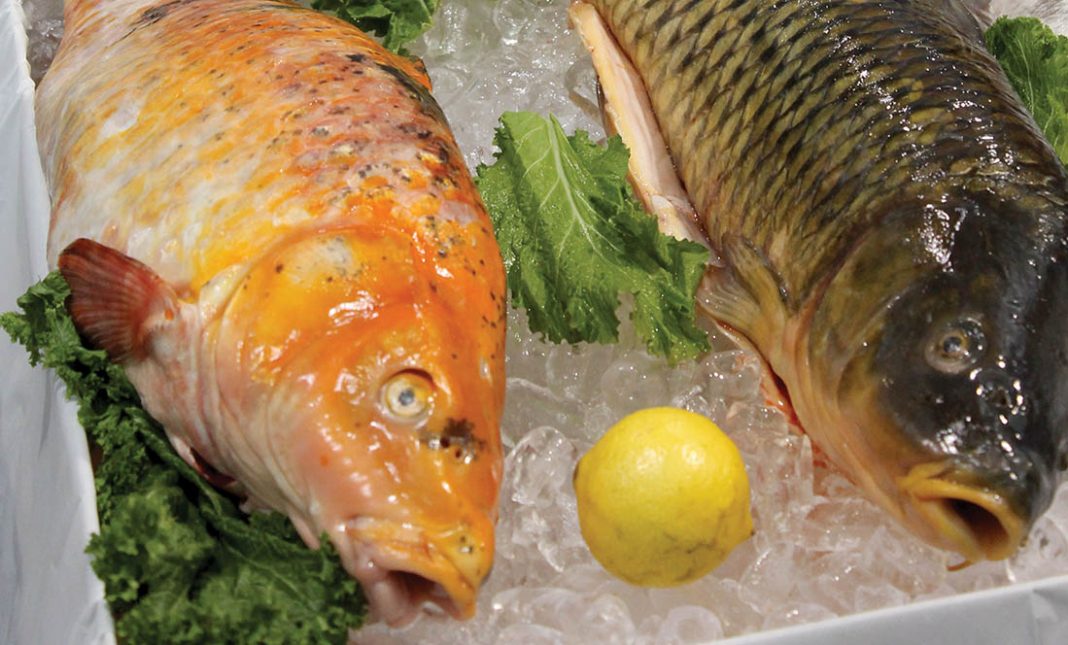 The continued stock decline and ever-rising prices of traditional bait fish like herring and mackerel is becoming a bigger issue every year for Atlantic Canada lobstermen.

Now, a Nova Scotia businessman is hoping a plan he put in motion two years ago to import Asian carp to use as bait in the lobster fishery will come to fruition this year.

An invasive species from southern Florida to Illinois, Asian carp is also “becoming a big, looming problem for Canada,” said Swim, with the species now being seen in the estuaries of Lake Ontario by fishermen in that area.

“In Illinois there wasn’t any 25 years ago,” said Swim. “They lay two million eggs a year so it’s definitely a U.S. problem.  In Kentucky and Illinois, it’s just crazy.”

Swim was able to import a trial shipment of Asian carp from the Illinois River in the spring of 2018 to test in both the crab and lobster fisheries and had positive feedback.

“We tested it with the crabbers up in Cape Breton, in District (LFA) 34 and throughout, to Pictou, P.E.I. and everybody kind of wanted more,” he said.

There is also interest in Maine in using Asian carp as a bait fish. Testing was being done this spring by the United States Fish and Wildlife Service on behalf of the state of Maine on two Asian carp species in the Illinois River system, silver and bighead carp, to determine if they are a potential bait source.

If carp is given the nod in Maine, Swim is hoping for the same in Canada. “I know the CFIA (Canadian Food Inspection Agency) is working on it,” he said.

Currently, “the import of Asian carp for use as bait from the United States is prohibited, as Canada and the United States do not have a negotiated certificate in place for this commodity and purpose,” said the CFIA via email.

The email went on to state the “CFIA negotiates with trade partners the zoosanitary conditions (export certificate) and regulatory procedures necessary to ensure that exports meet the Canadian import requirements… At this time, it is the responsibility of the United States regulatory authorities to determine how they will meet CFIA’s import requirements, and to provide this information to CFIA.”

With two partnerships in the U.S., a processing facility and a fleet of 20 boats to buy from, Swim is ready to help fill the bait market if given the ok. It’s the perfect fish, it’s the perfect bait,” he said.

“I don’t think it’s the be all to end all, but I think it’s something the fishermen should get behind and support and work with us to have as a bait alternative. The aspiration is to help them catch more lobster with a good bait, work with them and ideally save them money.”