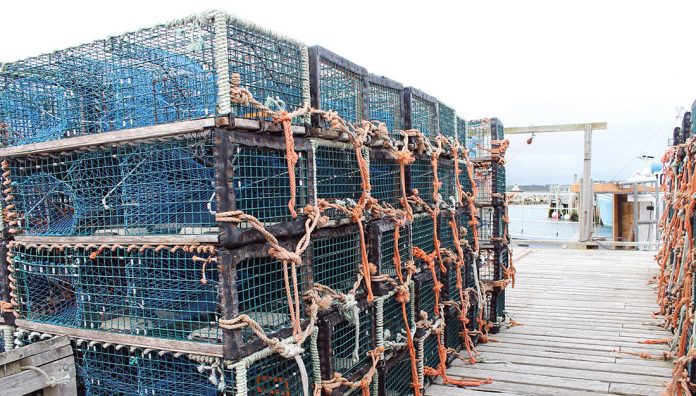 To go or not to go is the question that has been on the minds of many lobster fishermen in Atlantic Canada as COVID-19 continues to play havoc with the industry.

While the Chinese live market is starting to make a comeback after its sudden demise in late January due to COVID-19, the North American and European markets are another story, with restaurants, food services, specialty and sporting events, casinos, conventions, cruise ships and other related markets either closed or cancelled.

Then there’s the members of the processing sector, who are calling for a minimum two-week delay of the spring lobster fishery for all LFAs (lobster fishing areas) in Eastern Canada and the immediate suspension of the Southwest Nova Scotia fishery, all to be reviewed at a later date in consultation with all parties.

“If it is the wish of the harvesters to proceed with a May 1 start, Canadian processors will be ready to receive product and manage the situation as best as we can,” said Jerry Amirault, CPA, CA, president of the Lobster Processors Association of New Brunswick and Nova Scotia in a press release.

“However, our consensus view is that it is in the best long-term interest of all participants in the fishery — harvesters and processors alike — that we request that DFO (Department of Fisheries and Oceans) Gulf and DFO Maritime (LFAs 27–32) delay the start of the spring fishery in all LFAs by at least two weeks (to be reviewed at a later date in consultation with all parties) and to suspend fishing in LFAs 33 and 34 immediately. More time will hopefully provide some clarity on market demand and give us more confidence on workforce availability. By then, we all hope we will have turned the corner on this unfolding COVID-19 crisis. It will also provide more separation with what is expected to be an early April snow crab season in the Gulf, which cannot be delayed because of the North Atlantic right whale issue.”

The Nova Scotia Seafood Alliance is also strongly recommending “a significant reduction in the normal lobster fishery take place this spring reflecting the coronavirus reality… Why harvest additional product for which there is insufficient current demand given that there is residual harvest-held and dealer-stored inventory which should quickly be sold as a priority item. If we reduce the harvest, in theory, the laws of supply and demand will help pricing. The harvesters may well receive as much for the reduced volume as they would for supply that is not needed at this time. This aspect coupled with the reduction in bait, labour and fuel costs makes fishing to the market far more beneficial for all harvesters in Atlantic Canada.”

Decisions were pending on whether or not to delay season openings as the Atlantic Fisherman was going to press.

“Based on the most recent conference calls and market information, it is becoming increasingly clear that a regular lobster season cannot happen,” said the Inverness South Fishermen’s Association in a statement on March 27.

“These are unprecedented times and together the federal government, DFO, industry representatives and associations are trying to figure out how best to move forward.”

The Prince Edward Island Fishermen’s Association (PEIFA) say it has been closely monitoring the issues surrounding COVID-19 and the potential impacts on the fishing sector.

“The current situation is very fluid and there is much speculation on what may transpire over the next six weeks,” stated a press release.

The opening of the spring fishery in LFAs 36 and 37 in southern New Brunswick was delayed from March 31 to April 30 at the request from the Fundy North Fishermen’s Association.

Erica Devine, president of Fishermen’s Premium Atlantic Lobster Inc. on Cape Sable Island, said she thinks the majority of fishermen in the two districts will finish out the season on the water.

“Fishermen are what keeps the local economy going,” she said. “My biggest concern is if they don’t go and wait until the fall that will put us in a deeper recession locally.”

What would “help the live shippers tremendously” is if fishermen “put the culls and soft shells back in the water” instead of landing them, said Smith.

“We can all take a lesson out of this,” she said.