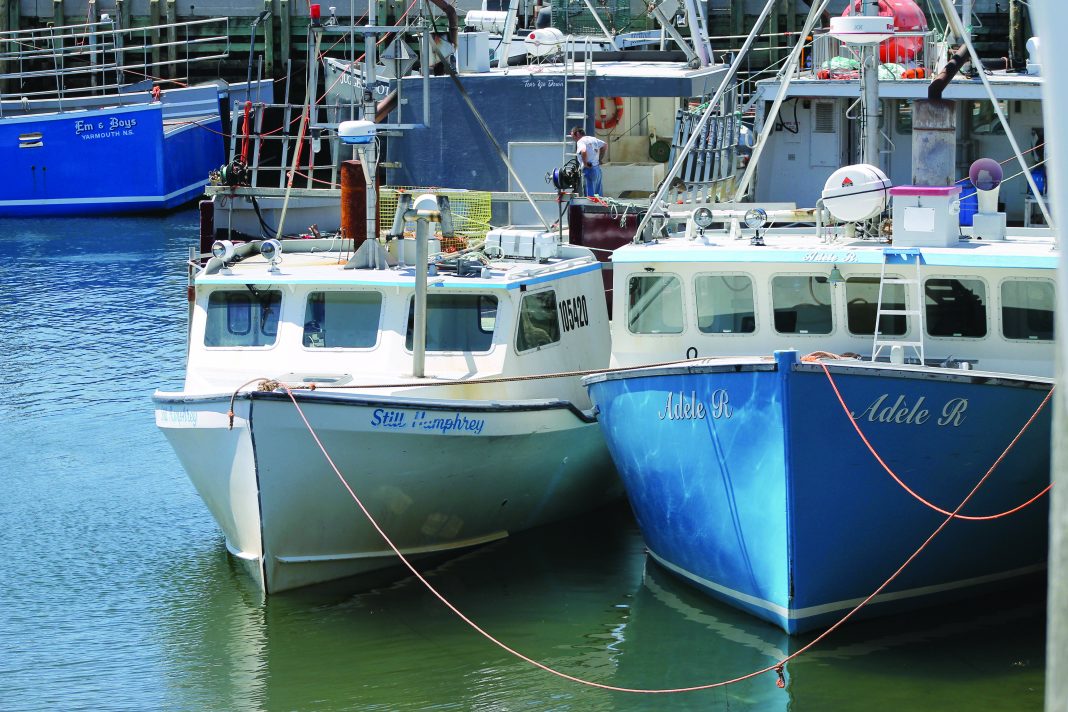 About 50 years ago, the Department of Fisheries and Oceans (DFO) introduced the Moonlighter Policy to remove people from the fishery as a conservation method.

The policy targeted fishermen who held other jobs or professions. It was deemed by government that fishing was not their primary source of income and they were left with a choice: leave your job and maintain your Category A licence or keep your job and be reduced to a Category B licence.

Ultimately, for many this was not a choice at all. There simply was not enough income generated from the fishery at the time and a second job was needed to help provide for their families.

As a result of the policy, these Class B (or Category B) fishermen were only eligible to fish one-third of the trap limit of a Category A licence holder. The reduced income from fishing, coupled with a small amount of money generated from their second jobs, made it extremely difficult to save for retirement.

Today, many of these fishermen are in their 80s and have long retired from their second jobs, leaving them fully dependent on the fishery.

While their health has deteriorated, they still face the harsh conditions of lobster fishing season after season to generate what income they can from their Category B licences. They wish to retire, but a second implication of the Moonlighter Policy dictates that the licences are not transferable and expire upon death of the holder, leaving them no option but to continue fishing to remain in their homes, pay for medication, and care for their loved ones.

For years, these fishermen have been fighting for policy change that would allow them to sell the licence or pass it down within their family.

One fisherman, Donald Publicover of Brookside, Nova Scotia, submitted a request to former Fisheries Minister Bernadette Jordan to transfer his licence. He hopes to sell his licence so he can take care of his two adult children with cerebral palsy.

In August 2020, former Minister Jordan declined his request, citing “measures for the conservation of fishery resources and measures for the sustainability of the fishery are for the benefit of all Canadians and future generations.”

He then asked a Federal Court of Canada judge to review Minister Jordan’s decision. The court sided with Mr. Publicover, stating Jordan’s decision “is not responsive to the applicant’s request to transfer his licence. In particular, the decision does not explain how allowing the applicant to transfer his licence to an eligible fisher undermines the goals of the policy.”

In other words, there was no proof that Mr. Publicover’s request would have an impact on conservation.

For Donald, and Category B fishermen across the Maritimes, this ruling is a sign of hope. With the federal court having set aside the former Minister’s decision, it is time for your department to put an end to this decades-old punishment.

This is no longer a conservation issue. This is a matter of doing the right thing.

Given there are only 80 remaining Category B licence holders fishing one third of the traps of a standard Category A licence holder, they represent less than one per cent of total lobster traps being fished.

It is unacceptable to stick to a policy put in place in the 1960s without rationalization in 2022. A change in policy comes at no cost to DFO, yet the positive impact on these fishermen’s lives would be immense. The policy simply can no longer be justified.

Due to the age of these fishermen, we are running out of time to right this wrong. Sadly, in the past year alone, seven Category B licence holders have passed away.

An appeal of this decision will prolong the process for upwards of 18 months. We will undoubtedly lose more fishermen in that time. That’s more licences and lobster fishing jobs lost, more fishermen who will be unable to leave compensation behind for their wives and children, and more families who will have lobster fishing forcibly striped from their lifestyle.

DFO cannot delay and stand by, waiting for these individuals to die.

These fishermen deserve better. They have faced the challenges imposed by the Moonlighter Policy for 50 years. It is time to act on policy change, to permit these fishermen to sell or pass down their licences, and to allow their families to continue the tradition of lobster fishing.

It’s time to do the right thing.

For this reason, I request a meeting to further discuss the situation and establish a path forward.