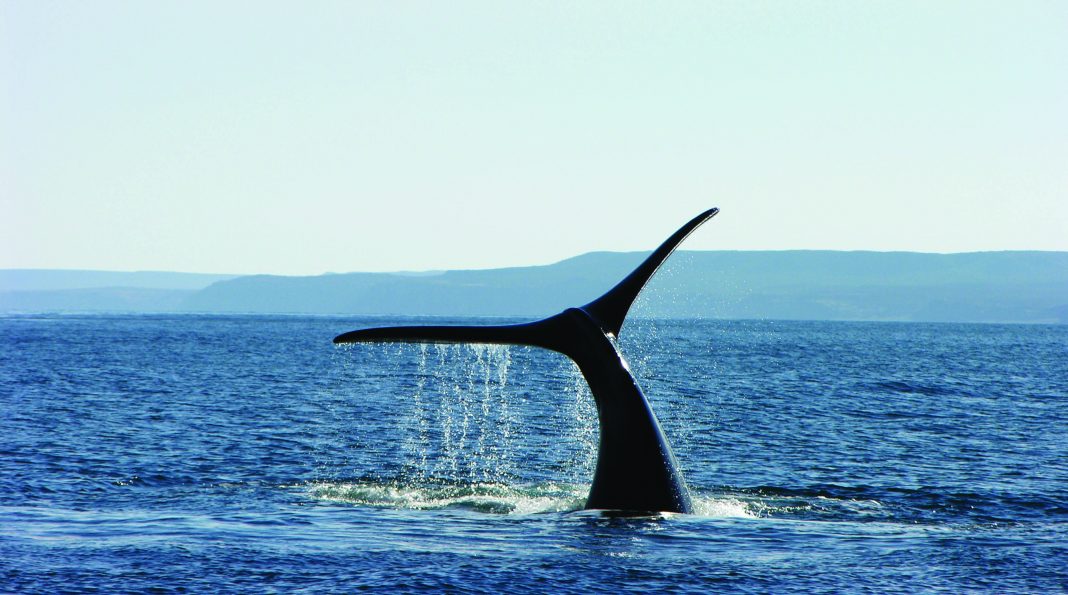 The Canadian Wildlife Federation (CWF) has launched the CanFish gear lending program, providing low breaking strength rope and ropeless buoys for fishermen to try in advance of new Department of Fisheries and Oceans (DFO) requirements for non-tended fixed gear fisheries in Atlantic Canada and Québec in 2023.

“We can give them a tool,” says Sean Brillant, CWF Senior Conservation Biologist, Marine Programs.

Brillant said the gear lending program is designed so that fishermen can borrow it for the time they need and then give it back. “There’s no cost,” he said. “We do ask they collect some information for us, feedback on how this stuff works. We want to know if it’s not working the right way. If they can help make it better.”

There are two types of gear available to use through the gear lending program. “One type is a new requirement coming out from DFO starting in 2023 which is low breaking strength rope or links that are designed to break at 1,700 pounds of force.”

“There’s a bunch of things that can be done; ropes that part more easily, plastic links that you put into your buoy line and it breaks more easily,” said Brillant.

“The thinking from DFO and from the Americans is that if a whale gets entangled in this stuff it will help the whale get out more easily. There’s not a lot of evidence to support that, but it doesn’t matter because the rule is coming in so we got a bunch of this stuff because we want to give fishermen a chance to try it out and we want to hear back from them, so we know what works for their fishery and what doesn’t.”

The other gear type is pop-up-on-demand or ropeless gear. The buoy line is held at the bottom and doesn’t release to the surface until a signal is sent. “We’ve been testing this stuff out for about three years working with fishermen,” said Brillant. “We go out on the fishermen’s boats all across the Maritimes, including Cape Island, and go out and test this gear with them and see what works and what doesn’t work so we’ve got a good sense of how to use these devices.”

The CWF received $4.4 million from DFO’s Whalesafe Gear Adoption Fund to establish the CanFish gear lending program. “This grant allows us to buy a bunch of this gear so if fishermen want to use it either to test it out or because they have a closure in their area we can lend it to them, train them up how to use it, and get it back later and repair it,” explained Brillant.

The most obvious reason for a fisherman wanting to use ropeless gear would be if there was a North Atlantic right whale closure in their fishing area and they’re not allowed to fish in that area anymore, said Brillant.

“This happens quite a lot in the Gulf of St. Lawrence and if there’s a fishery at the time it can displace a bunch of fishermen. Early this summer, there was a big closure off the north coast of P.E.I. (Prince Edward Island) and a bunch of crab fishermen couldn’t get out fishing so they came to us. We gave them this ropeless gear. We taught them how to use it. We went to DFO and got scientific permits for them so they could keep  fishing and it allowed them to fish in the closed zone because this gear poses almost no risk to the whales at all.”

Brillant said about 800 buoy lines were eliminated, allowing 10 fishermen to continue with their fishery. “The buoy lines are the most dangerous things to the whale,” he said.

Brillant said some of the ropeless gear the CWF has works really well and some is still a work-in-process. “We work with fishermen and developers to try and tell them what works well and doesn’t work well. Some fish harvesters just want to try this out to see if it will work in their fishery. It’s not the entire industry that has to convert to these devices but they are a tool that might help out the fishery if they get closures in their area.”

The CWF has also engaged about 100 fishermen to conduct low breaking strength rope trials as part of the program. “We have a bunch of rope for fishermen to try it out. Some will have to use it next year and we want to hear from them. If they’re fishing in 50 to 70 fathoms of water, pulling up trawls or traps, are these ropes going to break? We want to know that. If they’re fishing in shallow waters, they might be ok. We want to make it clear to DFO what’s going to work for fisheries and what’s not going to work. We want to make sure we communicate,” said Brillant.

He added that the CWF wants to make sure fishermen know the rules around the whales and that “we are listening to them. It’s a chance for feedback, what’s being done, what works, what makes sense. I think our gear lending is going to help out quite a bit. It’s really up to fishermen to try and prevent these kinds of entanglements from taking place. When a whale gets entangled, all fishermen wear that reputation. Everybody gets painted with the same brush, so it’s really important fishermen are knowledgeable about what the problem is and what they can do to minimize it.”

Fisheries and Oceans Canada’s Whalesafe Gear Adoption Fund (WSGF) is providing up to $20 million towards the purchase, testing and refinement of whalesafe gear with the goal of making gear innovations fully operational by 2023 and to support the advancement of rope-on-demand gear technology.

Twenty-four grants have been awarded under the fund. Industry associations receiving grants include the P.E.I. Fishermen’s Association, who received $2,250,000 for a cost-sharing project where each harvester will be given $1,000 to purchase gear modifications of their choosing to test and determine which whalesafe gear will work best for their fishing conditions.

The Area 19 Snow Crab Association received $150,000 in funding to purchase and test different types of whalesafe gear on snow crab fishing gear and to provide data on which type of whalesafe gear will work best on the gear in the specific conditions of the fishery.