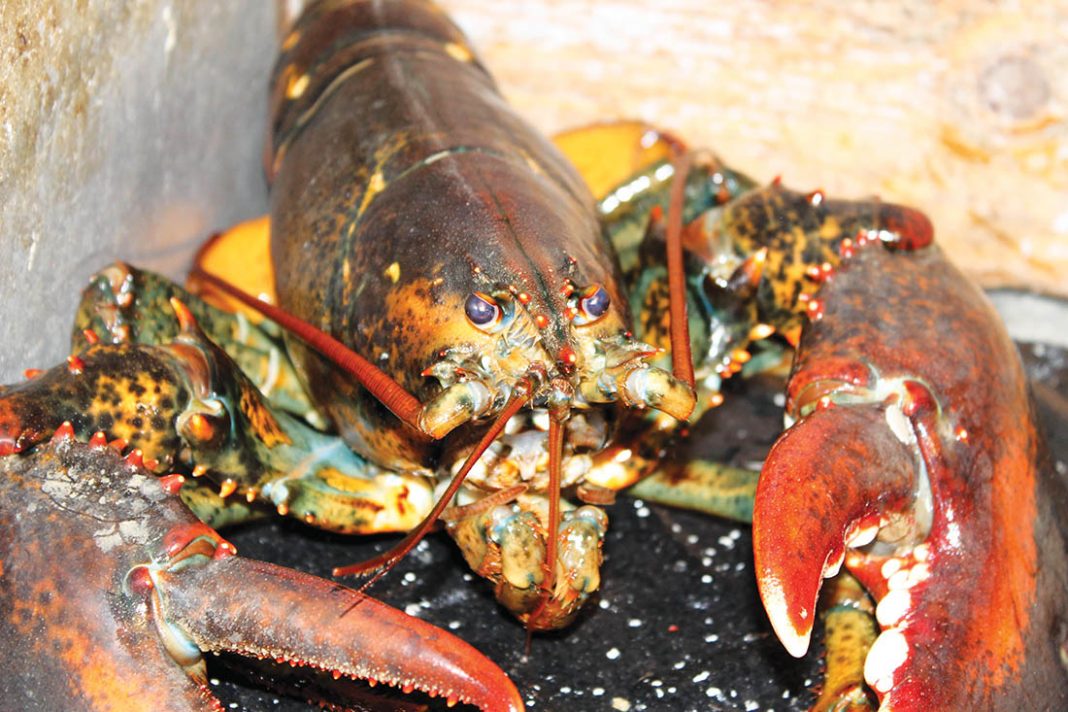 What did the ocean say to the lobster?

Nothing, it just waved.

Okay, that little pun may be causing you to roll your eyes right now, but there appears to be nothing funny about increasing underwater noise levels in the ocean.

Fishermen in Newfoundland and Labrador have been quite vocal in recent years over the potential negative impact of oil exploration seismic blasting on fish stocks.

So, it would indeed be interesting to see if underwater noise has an impact on the behaviour of Canada’s most valuable seafood species. Perhaps the offshore construction noise off the U.S. could even possibly cause lobsters to move north to quieter waters — such as those here in Southwest Nova Scotia?

But the first question to be answered is if lobsters can even detect sound. And according to scientists, Homarus americanus can indeed hear and respond to underwater noise.

Youenn Jézéquel, a postdoctoral researcher at the Woods Hole Oceanographic Institution (WHOI) and lead author of the paper explained the work his team undertook for the project.

“Although many crustaceans produce sounds, their hearing abilities and mechanisms are poorly understood, leaving uncertainties regarding whether or how these animals use sound for acoustic communication. Marine invertebrates lack gas-filled organs required for sound pressure detection, but some of them are known to be sensitive to particle motion.

Here, we examined whether the American lobster (Homarus americanus) could detect sound and subsequently sought to discern the auditory mechanisms. Acoustic stimuli responses were measured using auditory evoked potential (AEP) methods. Neurophysiological responses were obtained from the brain using tone pips between 80 and 250 Hz, with best sensitivity at 80–120 Hz. There were no significant differences between the auditory thresholds of males and females. Repeated controls (recordings from deceased lobsters, moving electrodes away from the brain and reducing seawater temperature) indicated the evoked potentials’ neuronal origin.

In addition, AEP responses were similar before and after antennules (including statocysts) were ablated, demonstrating that the statocysts, a long-proposed auditory structure in crustaceans, are not the sensory organs responsible for lobster sound detection. However, AEPs could be eliminated (or highly reduced) after immobilizing hairfans, which cover much of lobster bodies. These results suggest that these external cuticular hairs are likely to be responsible for sound detection and imply that hearing is mechanistically possible in a wider array of invertebrates than previously considered. Because the lobsters’ hearing range encompasses the fundamental frequency of their buzzing sounds, it is likely that they use sound for intraspecific communication, broadening our understanding of the sensory ecology of this commercially vital species. The lobsters’ low-frequency acoustic sensitivity also underscores clear concerns about the potential impacts of anthropogenic noise.”

In subsequent media interviews, Jézéquel said that this study is a preliminary step to understanding the impact of anthropogenic noise on lobster behaviour.

“We need marine renewable energy, but we don’t want to impact marine life. It’s very important to assess the impact of pile driving noise on lobster populations to be able to tell fishermen, politicians and others about these impacts and to try to reduce sounds produced by offshore wind farms as much as we can.”

The research paper stated that it is important to assess the noise impact because the American lobster fishery, which extends from Maine to North Carolina, is the most valuable single-species fishery in the United States, according to the National Oceanic and Atmospheric Administration (NOAA). Commercial landings of American lobster in 2019 totalled more than 125.8 million pounds and were valued at more than $628.5 million, according to NOAA. Lobster fishermen and supporters have expressed concern about proposed wind farms off the coast of Maine.

For the same time period in Canada, the Department of Fisheries and Oceans (DFO) reported that harvesters landed more than 200 million pounds of lobster, valued at a whopping $1.6 billion.

“What we all hope to discover is that anthropogenic noise would not have much impact on the life cycle of lobsters. However, we are not sure yet, considering the impact that has been shown on marine mammals and fish,” Jézéquel stated. Much more work is obviously needed.