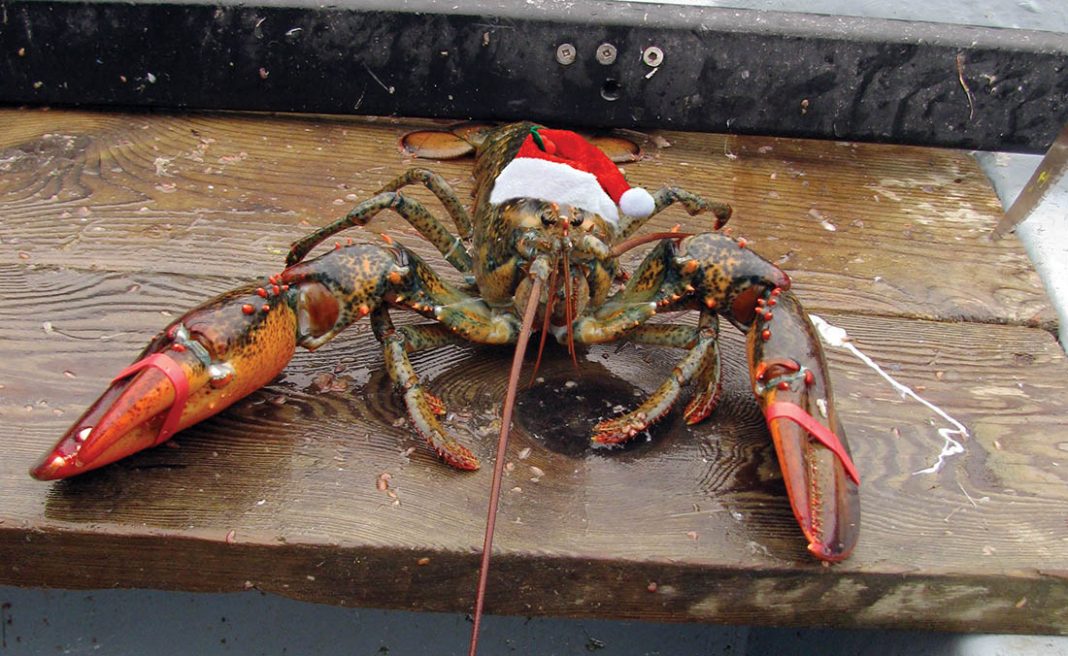 As many folks are now well into cobbling together their Christmas lists, harvesters in this region have only one thing on their collective minds — hitting the water.

Yes, Santa does not need to be involved to make this the most exciting time of the year in lobster fishing areas (LFA) 33–34 in southwest Nova Scotia. And if early price predictions hold true, and of course, the weather cooperates, lobster fishermen might be on the precipice of a very, very good season.

The season closed on May 31 with fishermen fetching between $8 and $8.25/pound for their catches.

However, early indications are pointing to possible higher shore prices this season.

Fishermen in LFA 35, whose season just kicked off, are expecting to get at least $9/pound right now.

Colin Sproul, president of the Bay of Fundy Inshore Fishermen’s Association, explained that, “We’ve seen tonnes of indication there’s an insatiable demand for lobster and snow crab both in China and Asia right now and there’s a big indication that our lobster coming on the market at that time, we can expect a really big price. We also know based on the way the molt was starting to progress when the season ended, there’s going to be really good quality lobster this fall, so we’re predicting a nice hard shell, full lobster. I think the quality will be up. We know the price will be up. We’re predicting good things for the fall. Hopefully the catch will be there.”

In September, just to the north, fishermen in Prince Edward Island were realizing shore prices in the $9.25 to $9.50/pound range.

And fishermen in Atlantic Canada are not the only ones eyeballing growing prices. Our colleagues and competitors to the south in Maine are also currently realizing high-than-normal lobster prices.

The Associated Press recently reported that prices for Maine lobster are much higher than typical right now because of high demand and the possibility that those who catch lobsters are having a slower season.

“Maine lobsters usually become less expensive over the course of the summer because of the increase in catch off the state’s coast. But this year, wholesale prices that typically fall to the $8 or $9 per pound range never fell below $10.50. And they’ve soared even higher in early fall, eclipsing recent records and causing consumers to fork over more money at the seafood counter. Members of the industry said interest in lobster from food processing companies and international buyers is driving heavy demand for the crustaceans. Meanwhile, the fishing season might be slightly off the pace of recent years, so supply is stretched thin,” AP reported.

According to seafood industry analyst Urner Barry, “this year, the wholesale price is staying high in the early fall, as the average price for September was $11.52 per pound. That was the second-highest price for any month over the past five years and the highest for a peak-season month. Consumers are paying in the $15 per pound range — about a third more than a year ago and twice the price from some previous summers and early falls.”

“It’s a very unusual year and it’s far enough into the fall that I don’t see that turning around. What lobster dealers say is they can’t get enough to supply their overseas customers.”

Also, just because Maine lobstermen might be witnessing slightly lower catches than normal, the industry down there is still doing quite well.

“While the volume of lobster catch might be slightly off recent years’ pace, Maine fishermen are in the midst of an unprecedentedly productive multiyear run. Fishermen have brought more than 96 million pounds of lobster to Maine docks for 11 straight years after never coming close to that figure according to start records that go back to the 1880s,” AP stated.

So, if these price predictions are accurate, Mother Nature cooperates and LFA 33–34 catches remain consistent with recent years, harvesters could be in for a season that far exceeds anything that Santa might be manufacturing right now at the North Pole.