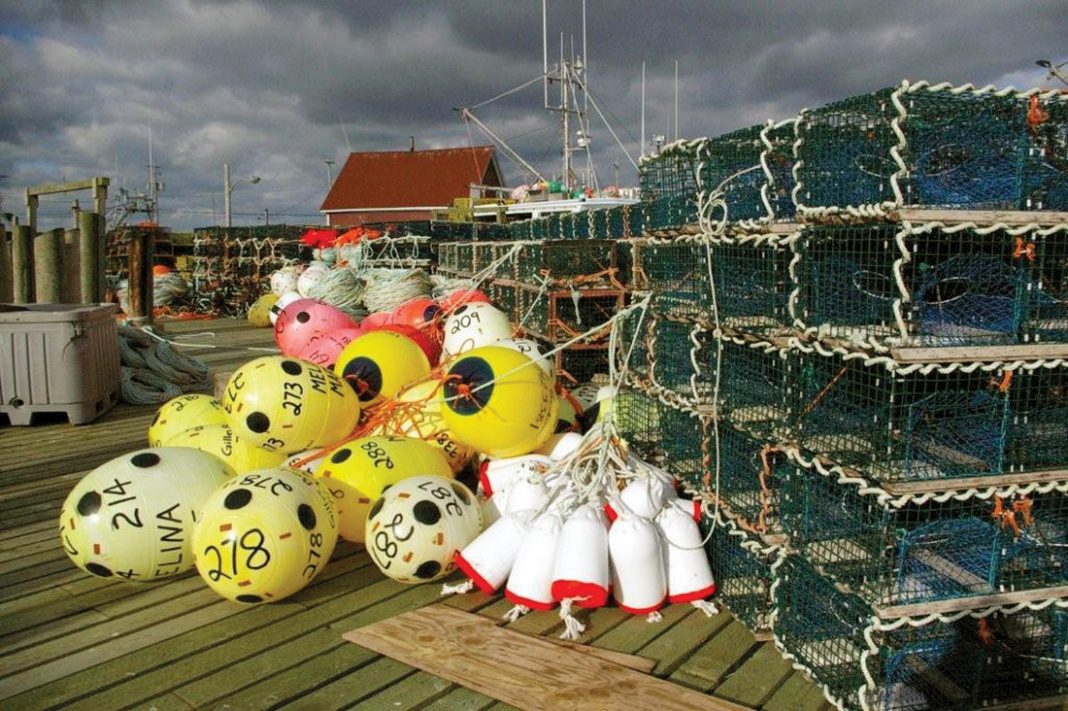 I have worked for the Grand Manan Fishermen’s Association for 25 years.

It’s been a good career; there’s always something new in the fishery. I’ve gotten to know some great people both locally and across the country.

I come from a fishing family; my father, brother and brother-in-law are all fishermen. I have a strong attachment to what I do and why I do it.

While as a fishing community, we have the same seasonality markers as most places (Christmas, Easter, Canada Day, Thanksgiving) there are others that are unique to the fishery, such as the second Tuesday in November lobster season opens. (It’s also “take your kid to work day” because so many kids were missing school to go fishing it was better just to formalize it.) Scallop season opens the second Tuesday in January and lobster season closes June 29.

I love setting day and the excitement that goes with it. I didn’t know until recently how attached I was to the energy of the traps coming ashore.

We’re fortunate in where we live. The fishery has been good to us. The Bay of Fundy doesn’t freeze over, so we fish different species year-round. It’s multi-licensed based, so people aren’t as dependent on one single species, though lobster is the bulk of our revenue now.

Boat owners make good money; crews are paid on share, so they do too. That money is spent throughout our community and to the mainland creating countless spin-off jobs (like mine).

Part of having a vibrant fishery is a vibrant ecosystem. The tides of the Bay churn nutrients, plankton and other species. Wildlife of all types prosper.

However, the Bay is changing, whether because of global warming, climate change, land and ocean-based effluent, or more likely a big combination thereof. We see species here we haven’t seen before and species we used to see we don’t see as often. One of the most notable is the North Atlantic right whale.

Right whales have been in the Bay for decades. They’ve also been endangered for decades. During that time, fishermen here have fished along side of them. A population that reached a critical low of about 300 animals over 20 years ago has rebounded to over 400.

Here in the Bay, we worked with scientists and government. We developed a mitigation strategy. We changed fishing practices. We started to learn disentanglement techniques. Right whales were mainly here during the summer when we weren’t fishing as much; our calendar schedules for Bay usage synced well for both whales and fishermen. We kept fishing; whales kept increasing.

Eight years ago, right whales stopped coming to the Bay as much. One or two would make a couple of trips in, but big groups stopped coming and staying. Fishermen were worried: whales are literally a big part of the ecosystem. If they weren’t here there must be a reason why. No one knew why. We still don’t.

The right whales ventured north to the Gulf of St. Lawrence. Things were bad last summer. Twelve whales were found dead — two were entangled in fishing gear. The rest died from  blunt force trauma or unknown causes, though none of those had fishing gear on them. Government swung into reactionary precautionary mode. We watched amazed and horrified from the other side of the Maritimes while fishery after fishery closed.

Then this spring, it was our turn.

We knew at some point a right whale would be seen in our area while a fishery was active. We hoped that our years of education, work and conservation initiatives would be recognized; that it would count for something.

We begged that there be another survey to try to find the whale after a single sighting. (Right whales have been making quick trips into the Bay looking for food only to leave when there is none for the better part of this decade.)

Almost a quarter of our lobster district was closed a week early. Some guys shifted their traps to areas where there are less lobster this time of year. Others simply brought their traps home to avoid the inevitable conflicts of trying to fit traps into areas where there is no more room. The ocean is big, but lobster aren’t everywhere.

What’s the big deal about a week?

The beginning weeks and ending weeks of the season tend to be the most lucrative. Traps that aren’t fished don’t make money. Crews don’t get paid. It could mean a million dollars of lobster isn’t landed in our community.

Decision makers will flaunt access to markets as a reason for closing. It’s certainly an important factor. Equally as important is actually being able to land the product to have it to market.

Fishermen more than anyone don’t want to entangle whales in their gear. They know the consequences. But here’s the thing, there were two aerial surveys and one vessel survey and none of them saw the whale again.

When I saw the first boatload of traps tied at the wharf, I was sad. That sadness has only increased as more and more traps have gone up the road, the season inexplicably cut short.

At some point reason needs to outweigh reaction.

Bonnie Morse works for the Grand Manan Fishermen’s Association and is a Councillor for the Village of Grand Manan.