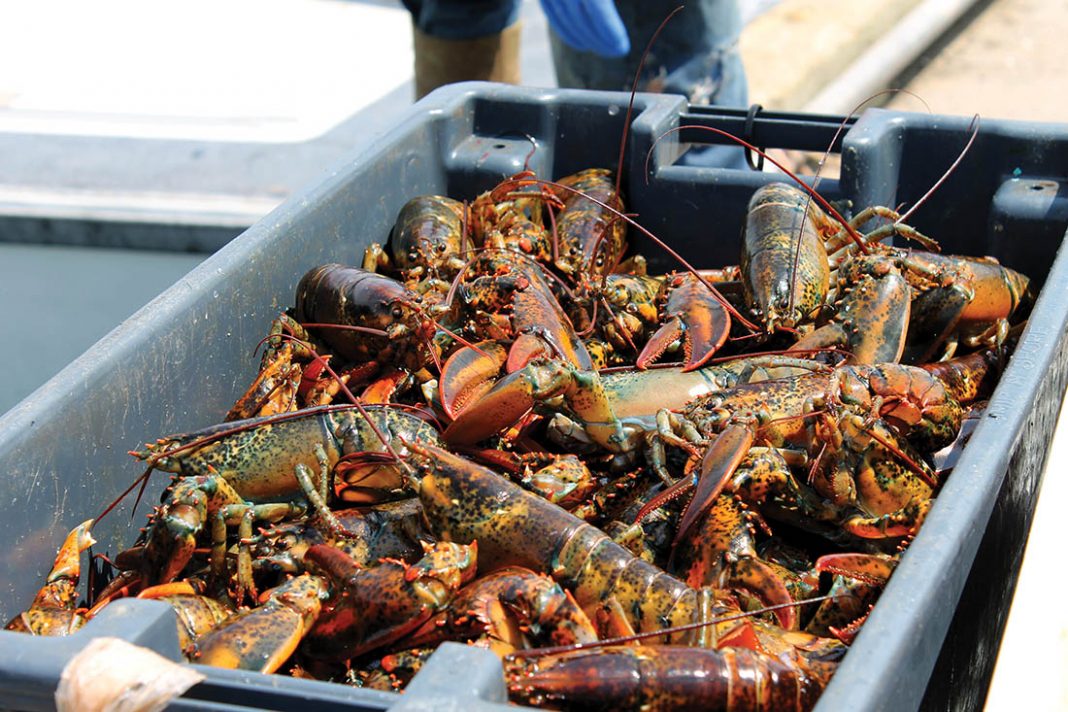 The countdown is now on.

Hundreds of fishermen in this region are now anxiously ticking off the days on the calendar to the start of the most lucrative season in southwest Nova Scotia and dumping day in lobster fishing areas (LFAs) 33 and 34.

As everyone is well aware, this particular fishery, one of the largest of its kind in the world, has been an economic godsend for all involved over the last decade. Both harvesters and processors, not to mention all of the local spinoff companies, have done very, very well with this fishery as of late. And obviously nobody wants that to end any time soon.

One of the common and most documented theories as to why the lobster fishery has exploded in this region of the North Atlantic has to do with warming ocean temperatures. Lobster populations both here and south in the Gulf of Maine have increased exponentially — related, in part, to an increase in water temperature.

But what does the future hold if these waters continue to warm? This is obviously a concern for all involved and scientists on both sides of the border are working to try and predict what might happen to this booming industry.

A recent study by the University of Maine’s School of Marine Sciences looked at the impact of changing oceans temperatures and its impact on lobster molt timing.

The research, conducted by Kevin Staples, Yong Chen, David Townsend and Damian Brady, used the Maine Department of Marine Resources lobster sea sampling data (2000–2016) and logistic models to develop the first time series for the timing and suddenness of the onset of the molt of lobster in the Gulf of Maine, an annual fishery recruitment event crucial to when fishermen can harvest the valuable crustaceans.

The scientists took on this research following a 2012 extreme shift in the timing of Maine lobster landings, when they landed much earlier than usual. This shift, which was attributed to an early molt and coincided with a warming trend that began in 2004 and “had adverse impacts on the lobster supply chain and directly impacted lobster fishing communities,” according to the researchers.

Warmer water temperatures are usually associated with an earlier molt, according to the researchers, but that relationship was not uniform across seasons, regions or lobster demographics.

Lobster molt timing has become much less predictable in recent years and this corresponds with a significant increase in ocean temperature variability.

“The results support years of anecdotal knowledge among fishermen and scientists, showing that lobster molt timing is variable between years, progresses along the coast from southwest to northeast, and occurs in immature juveniles before mature adults. The results also generally support the premise that years with warmer ocean temperatures, especially inshore, coincide with years of earlier molt timing and vice versa, though this link was not as strong as anticipated,” the researchers stated.

What impact could this trend have on the fishery in SW Nova? Some fishermen have reported hauling molting lobsters earlier in the spring.

As variability in ocean temperature continues to increase, could lobsters molting much earlier than expected become the new normal?

The next steps for this Maine-based research involves investigating the impact of molt timing on social and economic systems in the lobster fishery. The lobster fishery in this northeastern state is as critical to the economy as it is in southwestern Nova Scotia and through this important work, scientists there are hoping to be able to better predict these changing molt times and give fishermen the best advice on when and where to set their traps.

The Department of Fisheries and Oceans and industry stakeholders here will obviously be monitoring the further outcomes of this research and analyze how it can be used to predict what is happening now regarding lobster molting off Nova Scotia and how that might change in the near future.