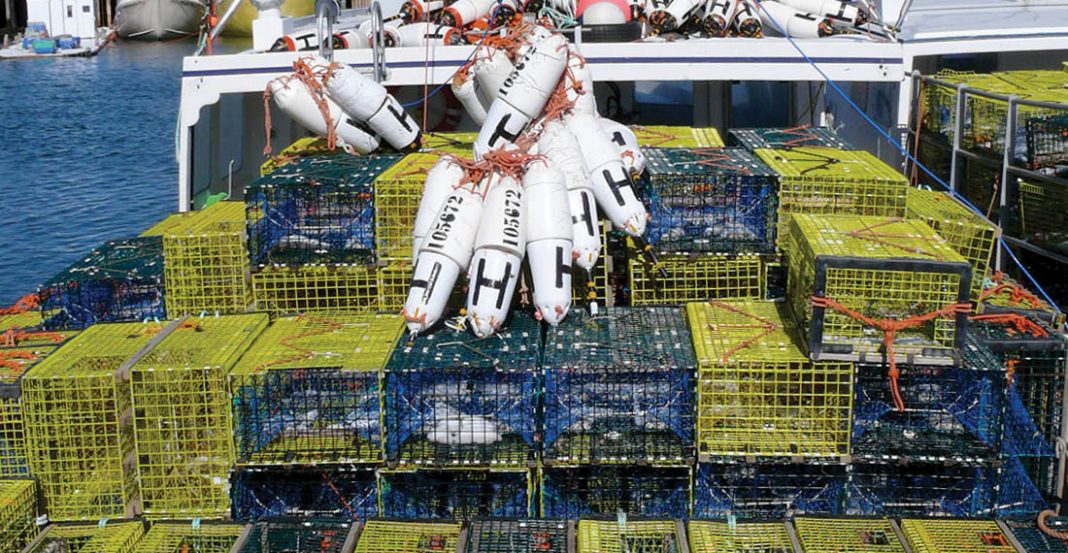 The new year officially begins on January 1, but for lobster fishing area (LFAs) 33-34 harvesters, the real new year kicked off at the end of November, with thousands of traps going over the side.

There are 45 lobster fisheries throughout the Atlantic provinces and Quebec, including one for the offshore fishery and one closed for conservation.

Overall, lobster populations in Canada are healthy and sustainably managed.

According to the Department of Fisheries and Oceans (DFO), Canadian lobster landings remain at some of the highest levels recorded in 100 years, with an upward trend continuing over recent decades.

One does not need to go back far to see this trend develop. While the majority of other fisheries have been showing steady declines over the last few decades, lobster has been bucking the trend.

In 1992, the year that will be forever synonymous with the infamous groundfish moratorium, live lobster landings in Atlantic Canada and Quebec totalled 41,944 metric tonnes, — with a value of more than $317,223,000.

Skip ahead a few years to 1996, when the overall commercial fishery in this region was still in a species transition state, lobster landings were down slightly, but still consistent at nearly 40,000 tonnes. But despite a small decrease in the amount of lobster coming ashore, the value actually increased to $385,476,000.

By the turn of this century, the importance of the Atlantic lobster industry was not lost on anyone. It was critical to the region that this fishery be managed properly, with the well-being of all stakeholders taken into consideration.

While many federally-regulated fisheries measures have been questionable down through the years, lobster management, for the most part, continues to be a success story. Commonly used conversation measures that were developed and implemented included limits to the number of licences, trap limits, length of fishing seasons, number of fishing days, total allowable catch quotas (in the offshore lobster fishing area) and lobster size restrictions. When you combine this with reasonable enforcement practices and open and clear communication lines with fishermen, it often leads to high compliance rates and overall, a well-run fishery.

A look at the statistics from 2001 clearly demonstrates the lobster fishery was not just holding its own, but was continuing to grow. That year, harvesters landed 52,123 tonnes of lobster, valued at more than $646 million.

The most recent lobster industry statistics demonstrate that this positive momentum is continuing. Lobster catches in 2016 topped out at 92,601 tonnes, while the 2017 season amounted to nearly 93,000 tonnes.

This impressive fact puts an exclamation point on just how important and critical the local lobster fishery is to the economy.

The lobster industry remains a bright light for the fishing industry in Atlantic Canada. It is currently healthy and sustainable, so let’s hope all of the stakeholders do not lose sight of this fact and continue with the same practices that have taken it to this point.