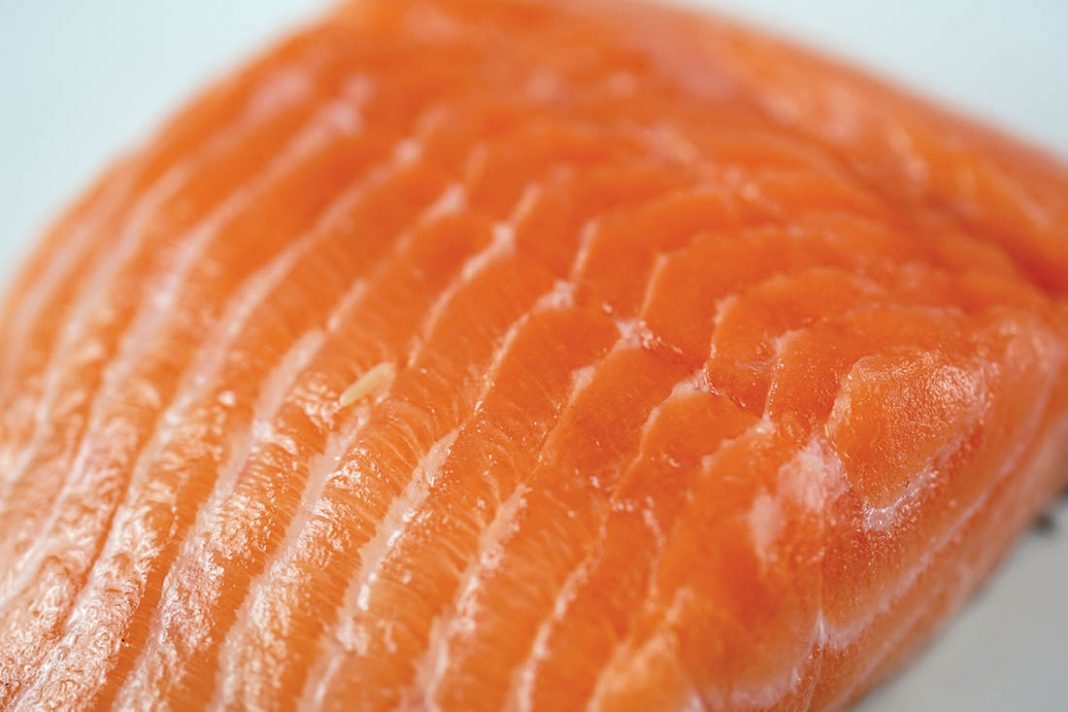 The recent decision by the Nova Scotia Aquaculture Review Board (ARB) to permit an amendment to the boundary of the marine finfish licence and lease held by Kelly Cove Salmon Ltd. (AQ#1039) at the Rattling Beach site in Annapolis Basin, Digby County is drawing sharp criticism from opponents.

“The Board is satisfied that there will be no negative, or any, impact of this amendment on any of the eight statutory conditions,” states the 34-page decision released on Jan. 28.

“As noted, to apply the conditions to a lease amendment which is in effect, redrawing a line on the water, is a difficult fit. It has generated an enormous amount of material, which would be relevant to a case involving new activity.”

The public hearing for the application, held November 15 – 18, 2021 in Yarmouth, was the first public hearing held by the ARB on an open-pen salmon farm.

“The issue in this case is straightforward. What, if any, impact will the proposed ‘operation’ (a boundary amendment only) have, in considering the eight factors set out in s. 3 of the Aquaculture Lease and Licence Regulations… The short answer is none, with the possible exception of 3(b), the contribution of the proposed operation to community and provincial economic development. This ‘proposed operation’ consists only of redrawing a line on the water, so to speak. If the application is refused, the farm would continue to exist, but the cages and therefore the production of stock would be reduced by 80 per cent with an obvious consequential negative impact on economic development,” reads the decision.

“This decision from the ARB is certainly disappointing. However, it was unfortunately not unexpected,” said Heming in a media release.

“Their decision was simply wrong. It ignored Indigenous wisdom, First Nations land rights and the rights of nature; it convoluted the precautionary principle so necessary to the survival of wild salmon and most importantly, it legitimized unlawful open-pen fish farming activities by ignoring the rule of law and sidestepping the departments own mandate of transparency and oversight.”

Ecojustice says it is seriously concerned about the dangerous precedent the decision sets as the Department of Fisheries and Aquaculture (DFA) may proceed to refer additional lease expansion applications at noncompliant sites to the ARB for approval.

“The ARB’s decision to approve Kelly Cove’s lease expansion, in tandem with more than a decade of inaction by the provincial government, undermines the regulatory scheme’s focus on incentivizing compliance. There is very real concern that Kelly Cove may follow suit with its remaining noncompliant sites, a pattern which would be contrary to the rule of law,” said Ecojustice lawyer Sarah McDonald.

“It is disappointing that the ARB was unwilling to properly scrutinize the clear misconduct by both Kelly Cove and DFA over the decades preceding this application. We are also very concerned about the lack of consultation with affected Mi’kmaq communities.”

The Aquaculture Association of Nova Scotia (AANS), meanwhile, says it supports the decision of the ARB and are pleased to see the regulatory process has been respected.

A public opinion poll conducted by Narrative Research on behalf of the AANS during November and December 2021, suggests that Nova Scotians consider aquaculture as a sector that positively impacts the economy, employment and sustainability of a local food source, says the AANS.

“This polling shows the need to make Nova Scotians aware of just how well this industry is governed and that it is full of opportunities for the whole province,” said Tom Smith, executive director of the AANS.

“Seafood farming needs to continue to expand if we want to realize our full potential. That includes finding new ways to work with our members and the public to build awareness of and confidence in, how local seafood is grown in Nova Scotia.”

The telephone survey of 400 Nova Scotians aged 18 plus across the province asked a variety of questions based on themes of economic impact, career opportunities for young people and industry regulations, and found that:

In June 2021, the four Atlantic Fisheries and Aquaculture Ministers affirmed their support of aquaculture development at the highest level by renewing the Aquaculture Memorandum of Understanding (MOU) for Atlantic Canada, demonstrating that government recognizes the importance of using science-based evidence to make management decisions in the aquaculture sector. The renewal of this MOU will also help to ensure the long-term sustainability of the sector through technological advancements and the many rural, coastal and Indigenous communities it supports, says the AANS.

“Shedding more light on both the significant environmental and scientific review by government regulators and the socioeconomic opportunities for rural, coastal communities will result in even more Nova Scotians becoming champions of our sector,” says Smith.