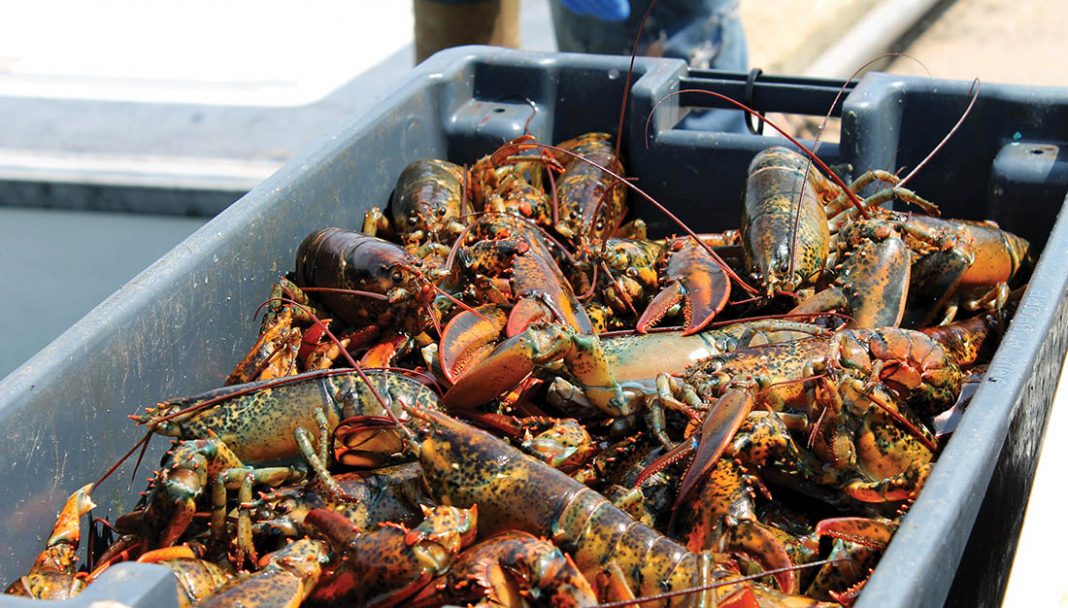 Long before it kicked off, everyone participating in the lobster fishing area (LFA) 33–34 fishery knew 2022–23 was going to be a challenging season.

Lower shore prices, market uncertainty and record prices for bait and diesel are among some of the adversities facing harvesters this year.

Buyers and processors in Nova Scotia are also being extra cautious due to slower than normal international markets at this stage of the season. At the same time, fishermen have their calculators out in an attempt to maximize every trip to the grounds and haul of their gear.

As everyone is aware, the rise in inflation and subsequent price increases are not only hitting those involved in the lobster and seafood industries. Anyone who has graced a supermarket in the last 18 months have witnessed an unprecedented increase in the cost of almost everything. Not to sound like a broken record, but the record prices consumers are paying on most food products today are caused by the global COVID-19 pandemic and subsequent supply shortages, shutdowns and supply issues.

This creates a cyclical problem where supply issues create higher prices for retailers, which then have to pass them along to consumers that become reluctant to pay for what they perceive as excessive amounts for such products as seafood. This reluctance then leads to lower demand and will eventually find its way back to the fishing boat where harvesters will receive less for their catches due to lower than normal retail demand.

But has the bottom of the retail sales trough been reached? Will things start to bounce back this year? The answer appears to be maybe.

According to the Chicago-based market research firm Information Resources Inc. (IRI), there might be a glimmer of light on the horizon.

IRI reported that in 2022, U.S. supermarket-related lobster volume sales decreased 7.8 per cent, leading to a dollar sales decline of 18.2 per cent.

However, despite being dire for now, IRI analysts stated that the longer-term outlook for seafood sector activity is bright as prices of more species are likely to fall over the next year as inventories increase.

IRI explained that “Lower prices are going to bring customers back and result in more excitement in the supermarket seafood case. The seafood department is setting up for a particularly good 2023. It is a big deal because some retailers had given up hope on some of the species.”

Though price is the key component for driving seafood sales, IRI said retailers can further increase activity by spotlighting other product elements, such as area of origin and the sustainability methods followed by product suppliers.

“Displaying certification logos on signage from sustainable seafood organizations and listing sourcing data can impact customer decision-making. It is important to tell shoppers the whole story of how the seafood goes from boat to shore.”

With lobster inventories tracking back to normal at these all-important U.S.-based supermarket chains and prices returning to what would be considered normal, retailers can also help themselves by creating new strategies for educating shoppers on the different seafood cooking and preparing options — basically, how to properly cook a lobster.

“Many millennials, in particular, still need to learn how to cook seafood and to have the comfort to buy it. It is an expensive purchase, but it is the education piece that retailers can win on and that is where you create the loyalty. Pulling in the younger generation is a huge opportunity,” IRI explained.

So, are things about to turn the corner for the better?

Remember, this time last year, the world was emerging from the COVID-19 pandemic and despite inflationary increases, things were looking up — especially for the commercial fishery in this region — or so everyone thought.

However, by spring/summer 2022, producers overestimated the value of the 2022 fishery, retailers overestimated the demand their customers had for seafood such as lobster, and product bought as a must-have at high prices during the second half of 2021 got stuck in limbo, leading to a collapse of commercial prices.

With these anticipated improvements to retail/supermarket seafood sales, perhaps the remainder of the industry might follow suit — perhaps not immediately, but any growth at this point is sure to brighten the spirits of the hard-working harvesters, buyers and processors in this region.