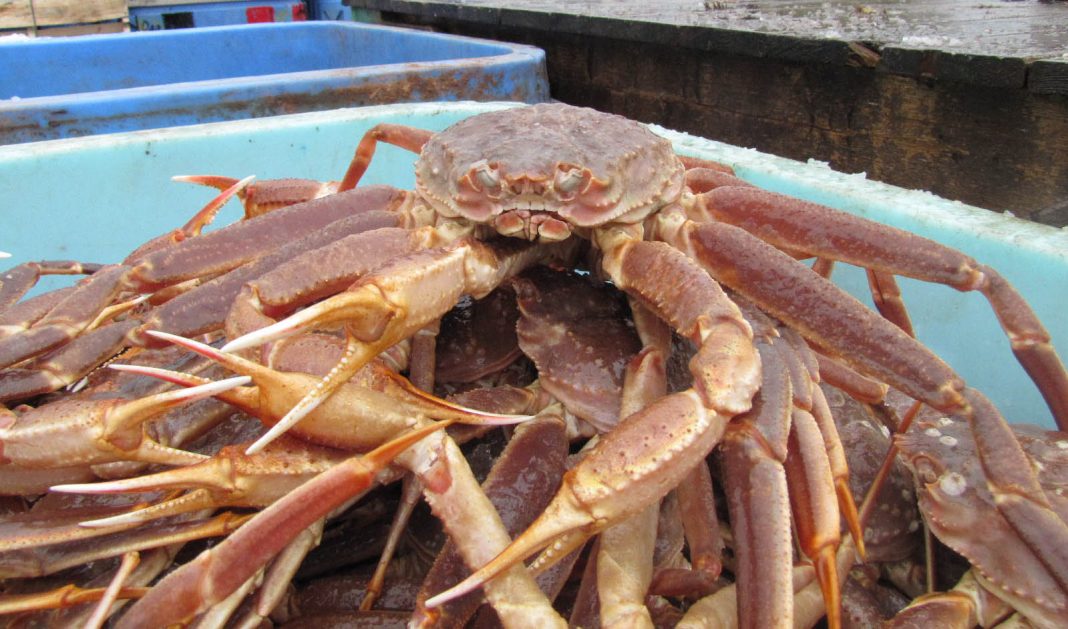 After receiving and continuing to receive unmitigated backlash over its decision to “Red List” American lobster and Canadian snow crab, the California-based Monterey Bay Aquarium is sticking to its misguided guns — at least for now.

As everyone in the Atlantic Canadian fishing industry already knows, as part of its Seafood Watch Program, in September, the conservation organization arbitrarily stated a list of perceived threats that lobster and crab pose to endangered North Atlantic right whales.

“After reviewing all available scientific data, as well as existing legal requirements and regulations, Seafood Watch determined that current Canadian and U.S. management measures do not go far enough to mitigate entanglement risks and promote recovery of the North Atlantic right whale. As a result, Seafood Watch assigned a red rating to those fisheries using pots, traps and gillnets,” the Monterey Bay Aquarium wrote in a September 5 press release.

However, despite the onslaught of criticism and facts to the contrary from the seafood and fishing industries, both here and in the U.S., including government officials, the Monterey Bay Aquarium’s Seafood Watch program said recently it is sticking with what it called “our science-based assessments.”

In fact, the conservation organization has called the raft of opposition to its red rating nothing but misinformation.

In a recent press release, the organization stated that, “Focus needs to be directed at solutions, which do exist. Misinformation is taking the focus away from the root of the issue, which is a dire need for governments and industry to put measures in place that will bring this iconic fishery back into compliance with the Endangered Species Act and Marine Mammal Protection Act so that we can bring the North Atlantic right whale back from the brink of extinction. We are encouraged that NOAA (National Oceanic and Atmospheric Administration) is developing new regulations that aim for a 90 per cent reduction in risk to these whales and we are hopeful that the states and industry will work with NOAA to ensure these changes happen quickly. Per our assessment process, Seafood Watch remains committed to reviewing new, relevant information that indicates reduced entanglement risks to the North Atlantic right whale.”

What about removing its rose-coloured glasses and reviewing all of the data from conservation programs the fishing industry in both Canada and the U.S. has willingly provided since the Monterey Bay Aquarium made its unnecessary, knee-jerk pronouncement a few months ago.

In the meantime, as Canadian government officials and regulators continue to monitor the potentially negative fallout of the “Red List” designations, politicians in the U.S. are stepping up their game.

In early October, Maine Congressman Jared Golden and Senator Angus King announced that they will be introducing the Red Listing Monterey Bay Aquarium Act in the House and Senate. The bill would prohibit federal taxpayer funds from going to the Monterey Bay Aquarium, which has received nearly $197 million in federal U.S. taxpayer dollars since 2001.

“Institutions like Monterey Bay Aquarium that claim to be scientific but openly flout available evidence and data should not receive taxpayer funds,” said Congressman Golden. “It’s that simple. This organization’s red list designation of American lobster could have a serious impact on the livelihoods of thousands of hard-working lobstermen and I believe Congress must do something about it. There has never been a serious injury or death of the endangered North Atlantic right whale attributed to the Maine lobster fishery and to make recommendations or regulations in spite of that fact is a slap in the face to lobstermen and their families.”

“The Monterey Bay Aquarium’s ‘Red Listing’ of Maine lobster is a baseless attack on a proud, sustainable fishery and a clear attempt to put thousands of Maine people out of work,” added Senator King. “By refusing to provide any evidence supporting their harmful decision and ignoring facts that undercut their conclusion, the Aquarium has made it clear that they are not a serious scientific organization and certainly not one that deserves taxpayer funding. The Red Listing Monterey Bay Aquarium Act would ensure that Maine people’s hard-earned tax dollars aren’t funding the Aquarium’s pseudoscientific assault on our lobstering communities. It sends a clear message that we will not stand for this outrageous approach to scientific research.”

Maine Senator Susan Collins and Congresswoman Chellie Pingree will sign on as co-sponsors of the legislation, which also has the support of Maine Governor Janet Mills.