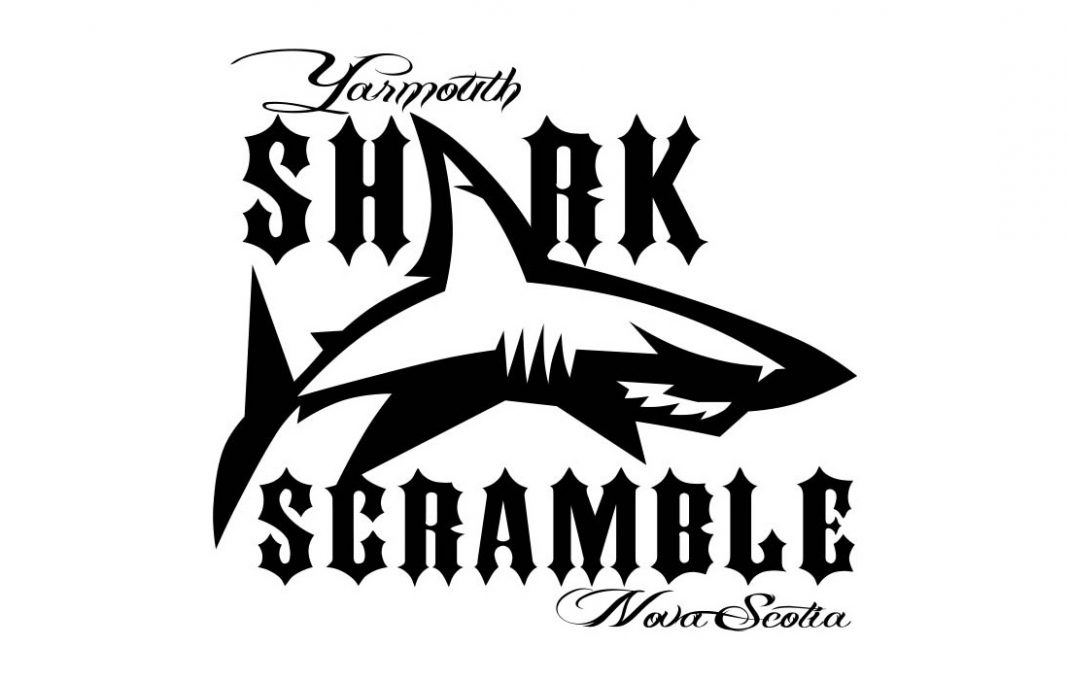 Organizers say it promises to be a fantastic year for the Yarmouth Shark Scramble, which will be celebrating its 20th anniversary during Aug. 15-18.

The Yarmouth Shark Scramble was started in 1998 by co-founders Bob Gavel and John Boudreau. Gavel approached Boudreau with the idea of organizing a shark derby for Yarmouth. Having been in derbies in other ports, they both thought it was a good idea and the experience gave them an advantage and the know-how to organize and execute a derby that would succeed.

“We are both proud to be recognized as having one of the most successful and professional derbies in the Maritimes,” said Gavel. “Sponsorship had a lot to do with that. The businesses in Yarmouth step up to the plate year after year.”

Each year the tournament attracts an average of 20 vessels and between 150 to 200 participants from throughout the U.S., Canada and as far away as Australia. Teams compete to catch the largest shark or largest weight of a single shark.

Fishing is done by rod and reel. The event is used for scientific purposes by the Department of Fisheries and Oceans (DFO), as well as a fundraiser for local charities. All the catch information is reported to DFO for scientific research and all sharks that are caught and released are tagged to help with future science. This year, only blue sharks will be landed, with a minimum length of eight feet. In a joint effort with DFO science, only three sharks will be allowed to be landed per vessel. Sharks not meeting the specified lengths will be tagged, recorded and released.

The boats will set sail at 7 p.m. on Aug. 15 for the southwestern Nova Scotia fishing grounds in the Bay of Fundy, Georges Bank, Browns Bank and German’s Bank, returning to port by noon on Aug. 18. The weigh-in event will be hosted on the Yarmouth waterfront behind Rudders Restaurant and Brew Pub at 96 Water Street.

Prizes will be awarded that evening during the festival closing celebration. On stage performing in the Rudders tent will be the Ghost Town Heroes.

Early registration ($125) for the Yarmouth Shark Scramble is open until July 31. After that, registration is $150 until it closes on Aug. 15 at noon. To register for the tournament, contact Doreen by email at doreen_saulnier@hotmail.ca

The Yarmouth Shark Scramble was featured on the Food Network’s show, The Wild Chef, in 2010 and on CBC’s Land and Sea in 2011.

The Yarmouth Shark Scramble gained international attention in 2004 when Jamie Doucette landed one of the biggest shortfin mako sharks on the planet, setting a Canadian record with his proud 1,082-pound catch.

This shark is featured on the main page of the Yarmouth Shark Scramble website, where content from previous tournaments can be found, as well as current information.