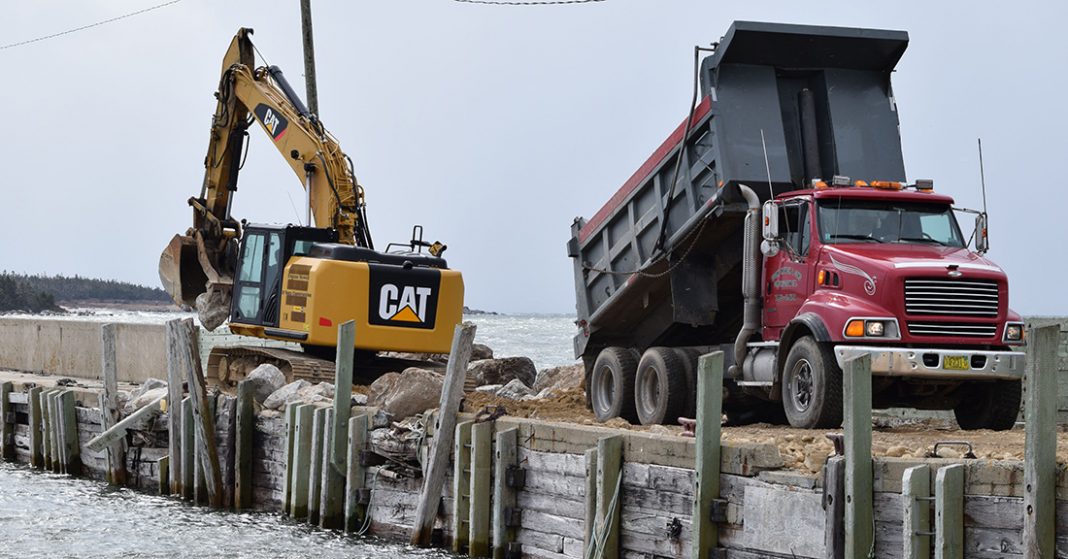 A dump truck unloads some armour rock near an excavator at the Prospect Point wharf in Shag Harbour to repair a breach that was caused by a winter storm. The breach is being filled with rocks and armour stones to prevent it from getting bigger, as well as to stop waves from causing erosion on the shore line. Funding information for Small Craft Harbours projects that will be undertaken during the 2018/19 season in southwestern Nova Scotia are expected to be released later this spring. As for other projects in the region currently underway, a breakwater at Gunning Cove has recently been completed, where dredge work is on-going, as is work replacing a small wharf at West Head, Cape Sable Island. Work is also planned for the Lower Sandy Point wharf, where the breakwater will be lengthened.